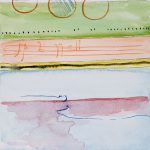 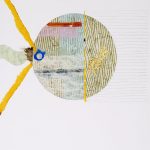 I decided to create a flat image using line, shapes and color to express the life of my two ears.  This image talks about the interaction of sound that comes into my left ear and the lack of it in my right ear due to atresia.  Often times, self-portraits speak about our face as a whole, or what we like or don’t like.  Sometimes there is a repetition of division in a portrait, one side one way, the other side another way.  Like black and white and gray.

In this piece I began by using the shape of a circle because it represents an ongoing event, or eternity.  I chose a linear pattern for the circle as a means to provide depth to this portrait, rather than just circle a black line on white paper.  The two yellow lines next to the left ear are used to express my “field range” of obtaining sound.  It is similar to a metal detector, detecting jewels or fine metals, only for my piece the yellow lines are detecting sounds from the outside world.  In between the yellow lines is a light green colored paper cut out shaped like a rhythmic wave, which represents sound waves coming into the ears.  There is also, you’ll notice, a “hairy” piece of brown textured paper in between the yellow lines, on top of the light green wave.  This little piece is a picture of my left ear, being textured and having more volume to show the “flesh” of my skin.

Inside the circle there are some color fields inside of it, primarily on the side where my left ear is.  I will explain my left ear first and then go on to explain my right ear in this portrait.  In my left ear there is a higher range, middle range, and lower range.  The higher range has pink and red/orange colors in it.  Pink is softer than red, and thus used to talk about sounds meant to be heard but not painfully.  Red/orange represents painful sounds, like a Harley Davidson motorcycle vrooming right next to your ear (I actually like the motorcycle, but not the sound) or a high pitched beep of a fire alarm going off in Tower A (EBP, RIT).  Some sounds that enter into my ear can be painful enough that even with ear plugs I can hear the sound, but not as loudly as I would without the ear plugs.  I made the red/orange lines thin because I think of high pitched sounds as thin but extremely sharp.  The middle range appears to be neutral, with softer tones.  Nothing is really irritating my ears, the sounds flow in and find their place in one of the three ranges.  The lower range I originally began with a sheer black ribbon over a blue strip of paper.  Black and blue are darker colors, like the night.  Sounds are usually quieter in the nighttime because everyone is sleeping at home, or thinking about something on their beds.  The lower range has sounds that are subtle, like a distant cricket song, or a soft breeze in the mid-day.  I overlapped these colors with an ivory white fabricated sheet of paper.  If you look carefully you will find this sheet to have bits of thread or “hair” almost in it.  This process gives the black and blue colors more subtlety, thus aligning with my goal to have lower range sounds be represented as sounds with subtlety and gentleness too.

My right ear consumes less than a quarter of the circle.  I did this on purpose because sometimes I feel as if sound is transmitted from my left ear can almost be transported to my right ear, but the truth is I cannot hear sounds out of my right ear that originated from my left ear.  The sounds I hear in my right ear would be memorized, attained by my left ear’s ability to hear, meaning that in a sense the music that flows in my right ear are “spiritual,” from my mind’s eye and not from the outer world where the yellow lines are.  In this part of the circle there is the base of the linear paper which does not hear sounds from outside, resulting in a more monotone direction.  Outside of this direction are lines contrary to it, horizontal lines that complement the composition of the piece but also show lack of unity with the interior and exterior because the lines go against each other.  You’ll notice gold leaf spread a little bit in this ear.  I put this in to show peace in being able to have silence.  Indeed, I think peace is a majesty I enjoy having when I pay attention to it.

My experience in making this “A Self Portrait for my Ears” was positive.  I think I would like to make a series of them, but I am not sure I want to have them all be about my ears.  Simplicity is a virtue; I don’t want to overload my ears with too many portraits.  I must note that in putting this together I realized I reversed my ears.  What I mean is, the right ear on paper should have been where the left ear is and the left ear should have been where the right ear is.  I wondered if maybe I made it in reversal because I unconsciously felt as if my deaf ear is actually my hearing ear and my hearing ear actually my deaf ear.  This is an alternative wonder that could be valid, but I do also think I wasn’t paying careful attention.  Altogether, using many representations, this piece is about the relationships of the visible and invisible sounds with seen and unseen objects. 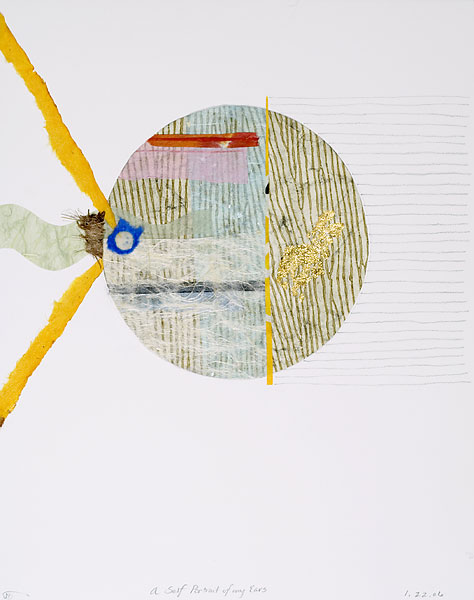 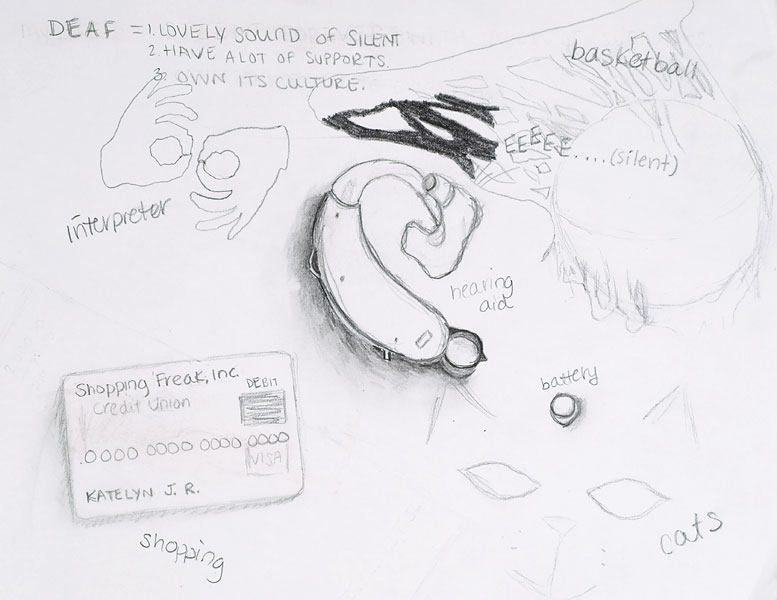 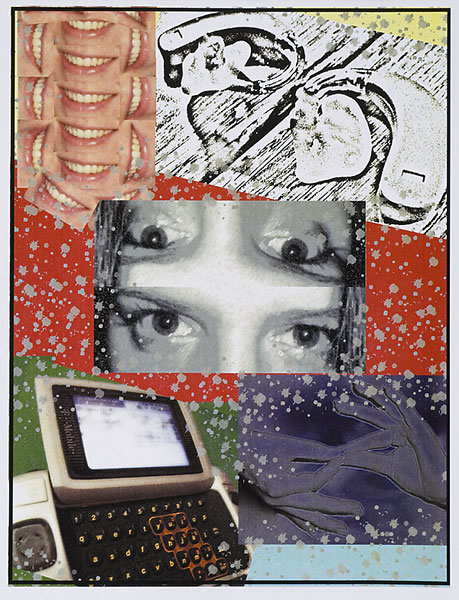 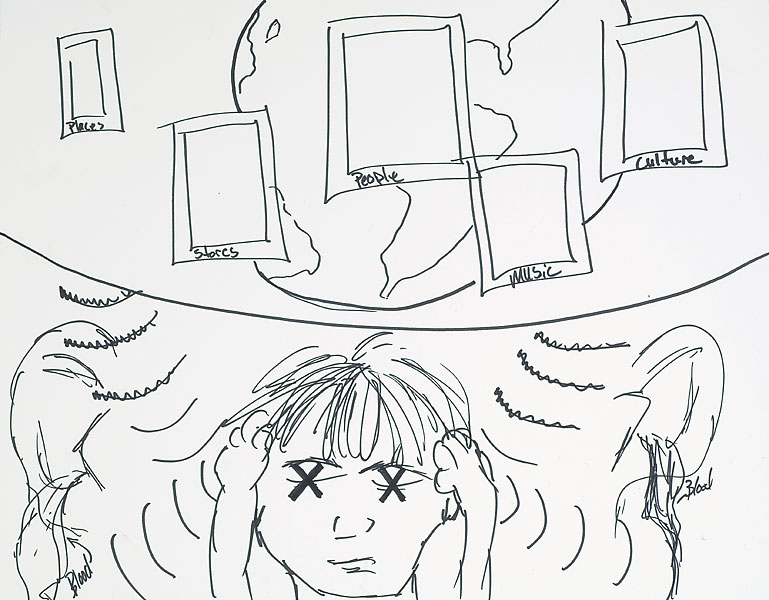 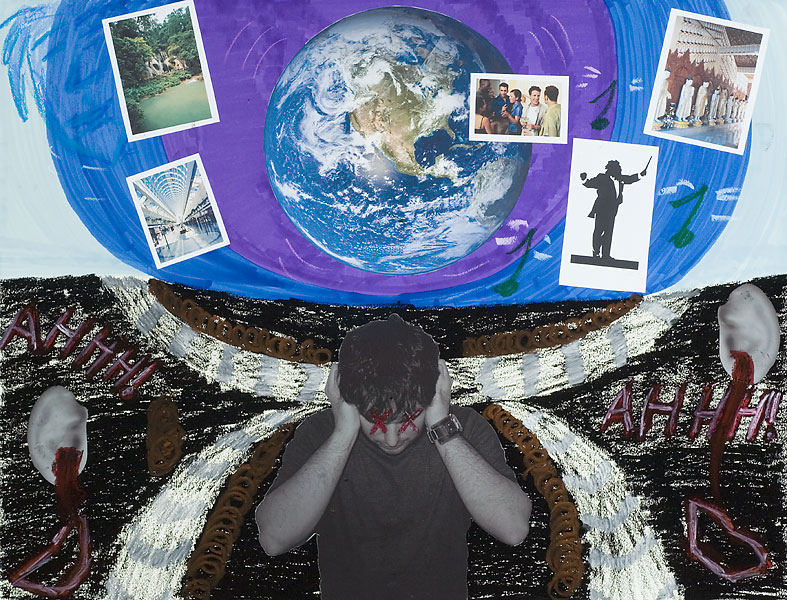 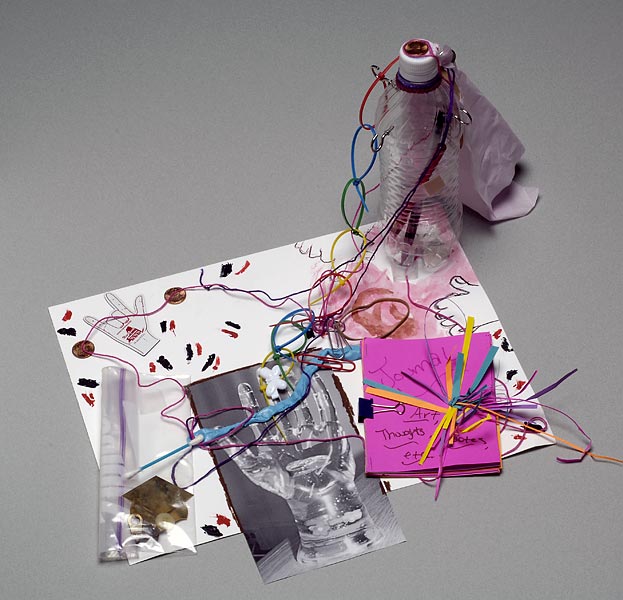 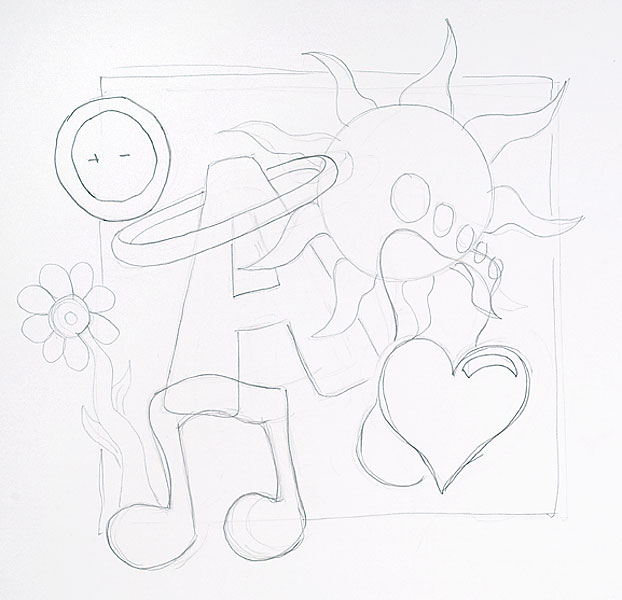 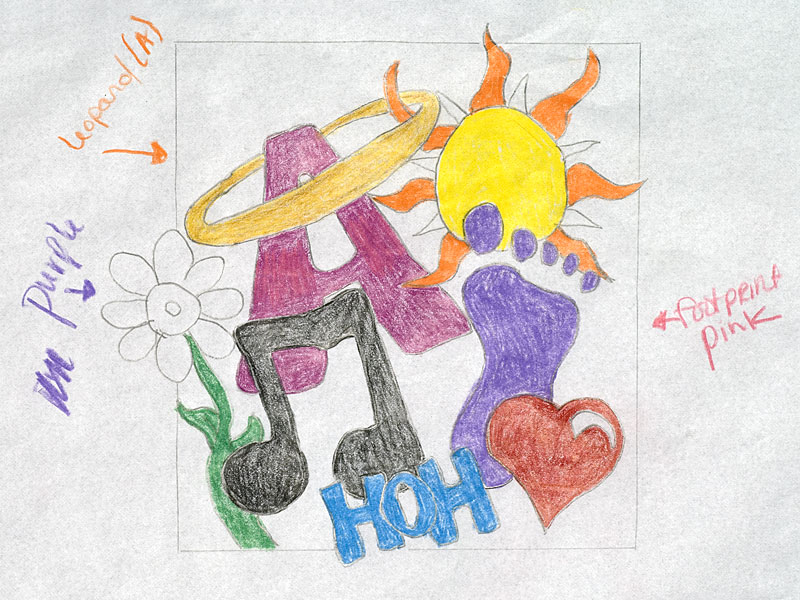 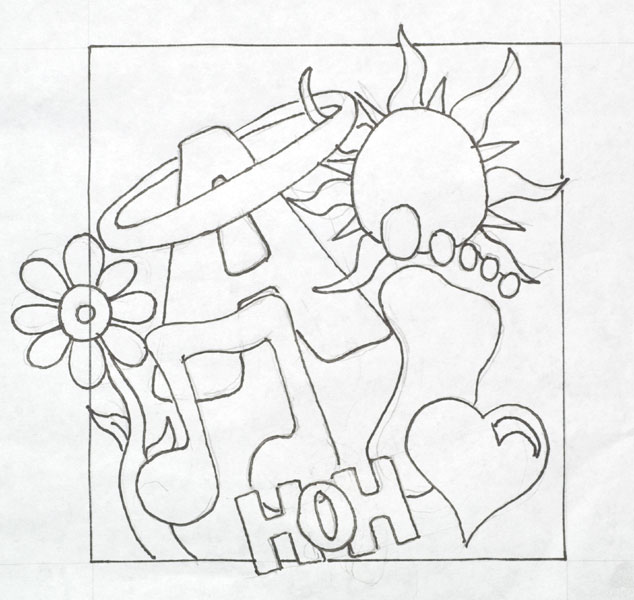 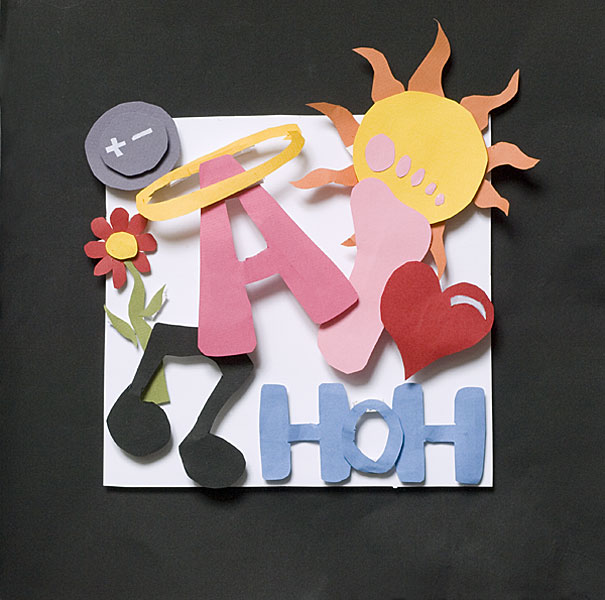 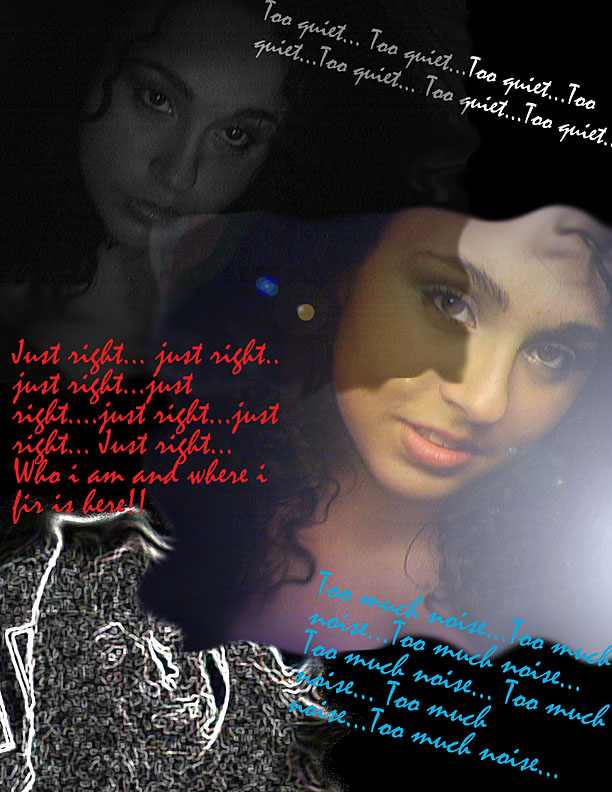 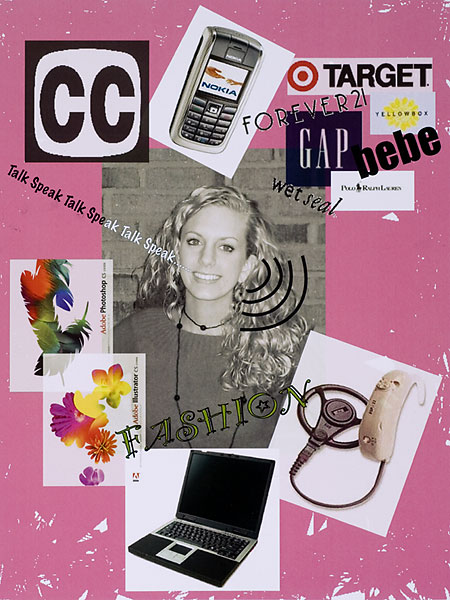 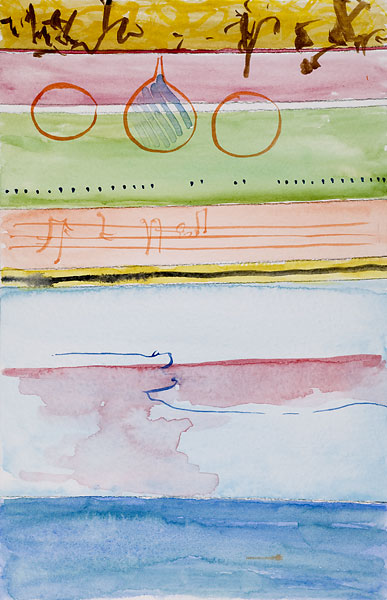 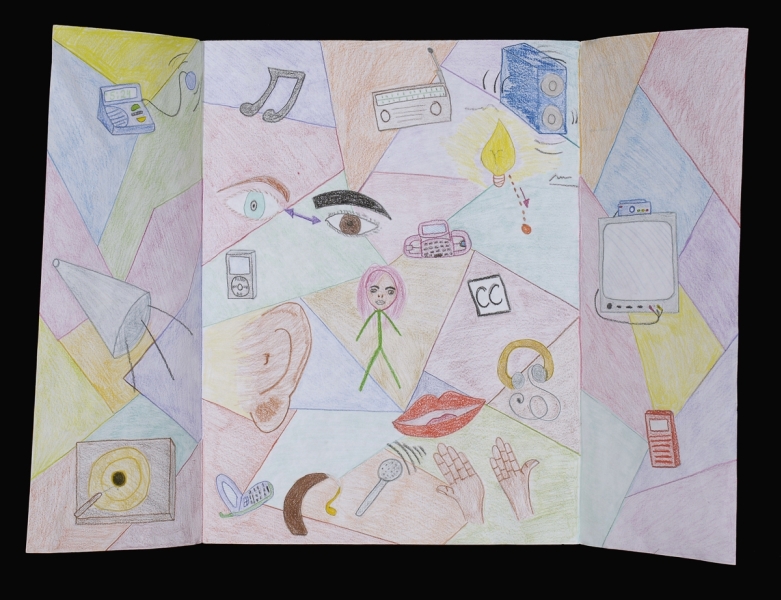 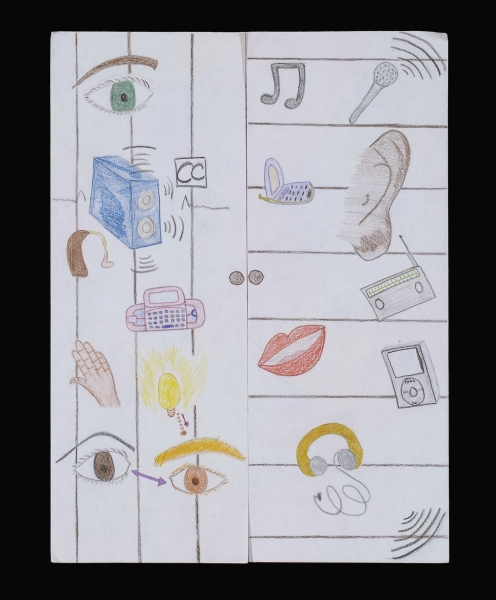 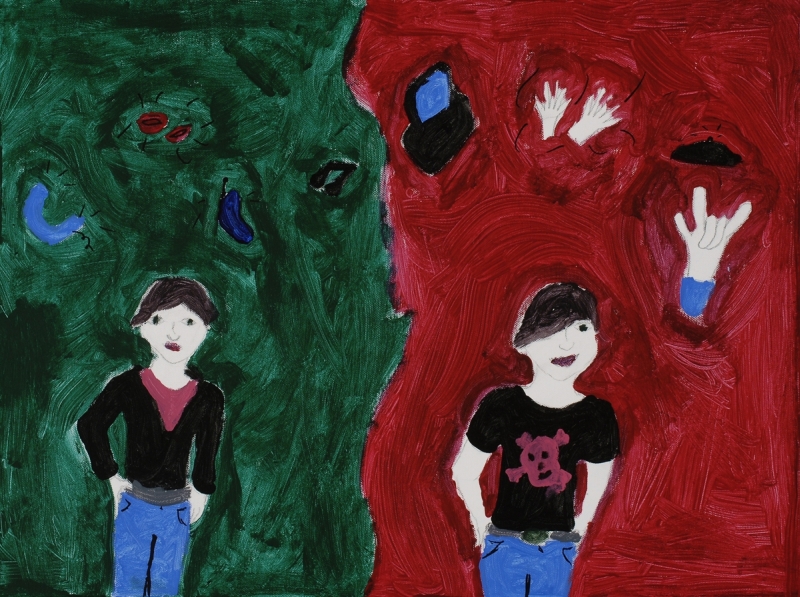 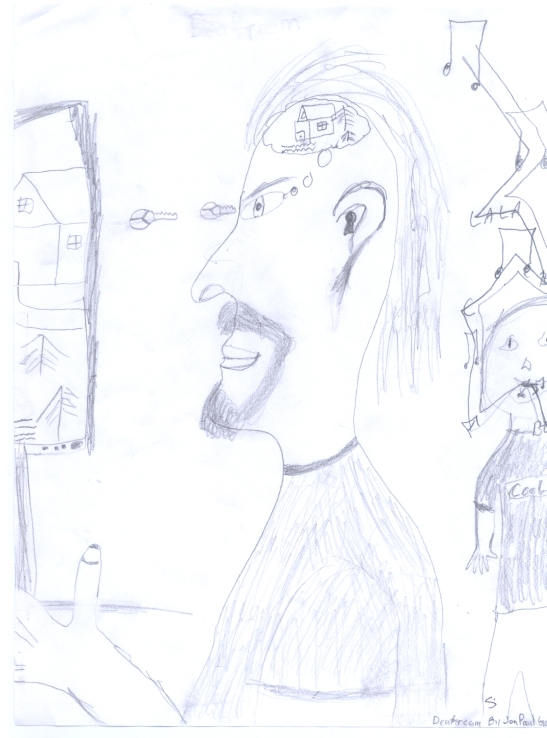 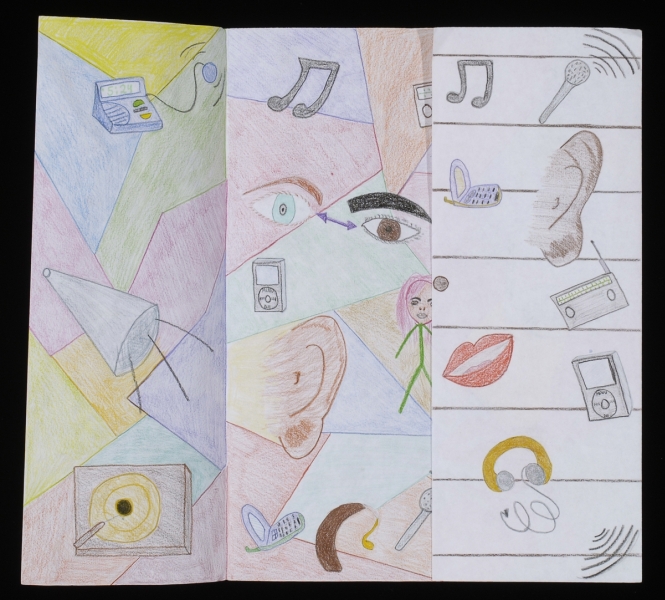 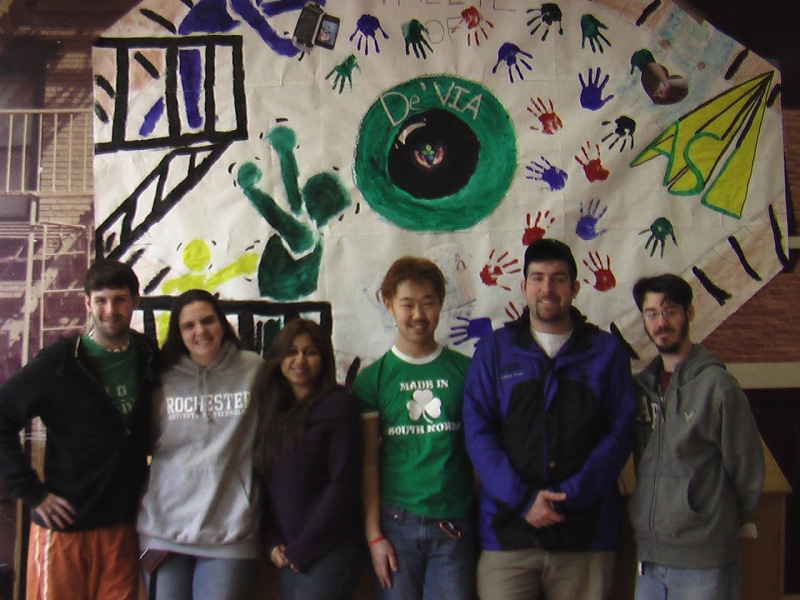 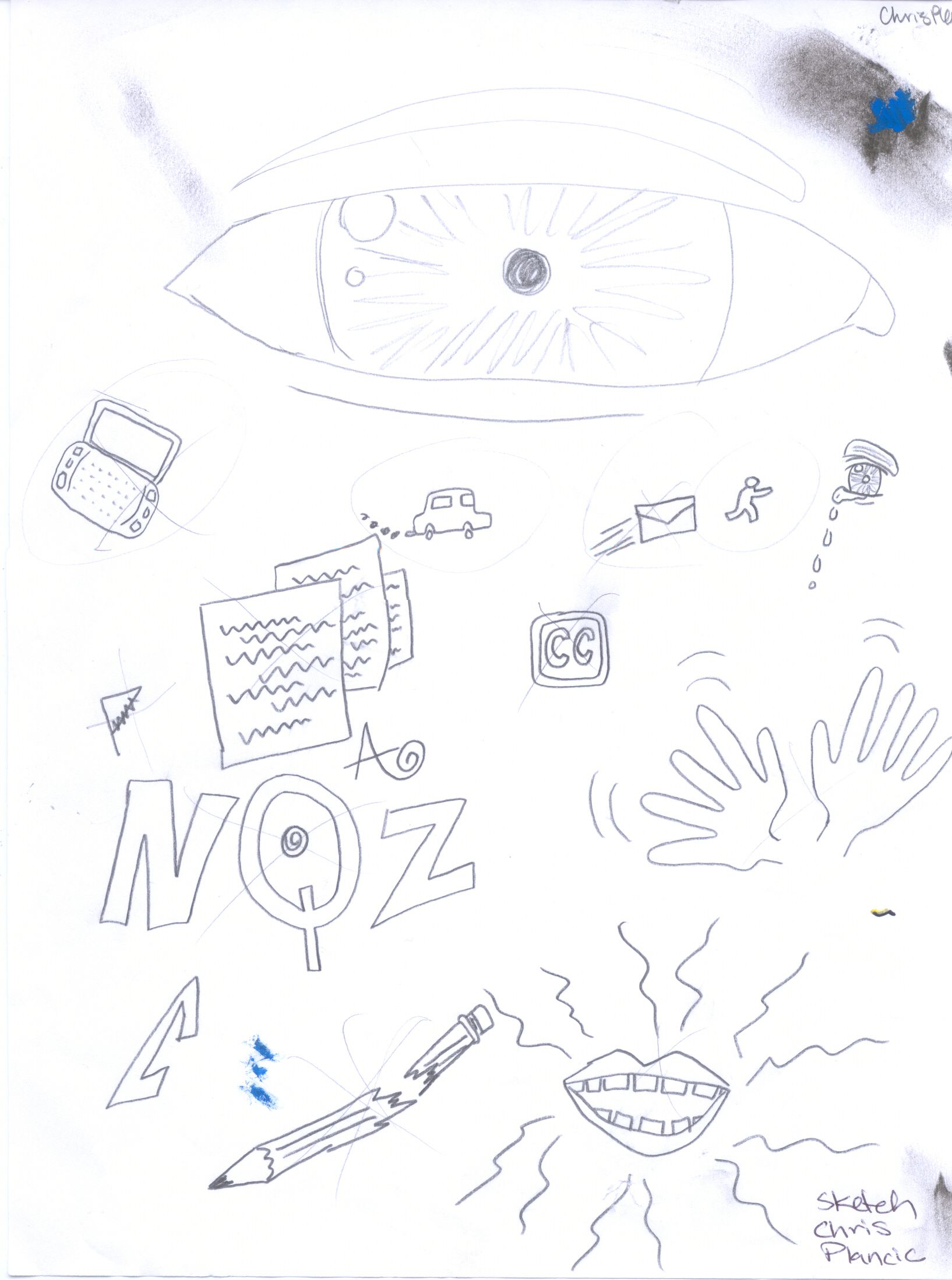 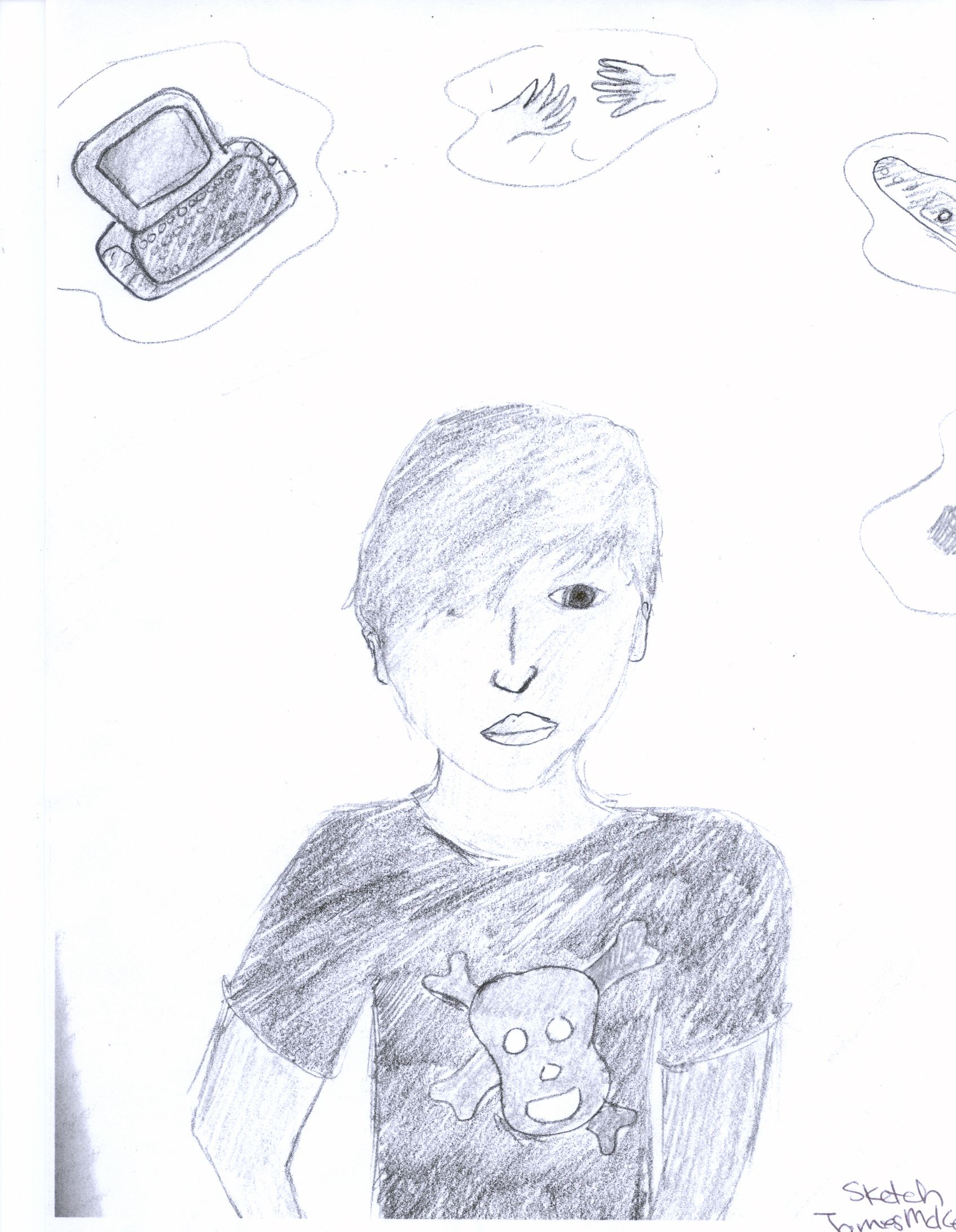 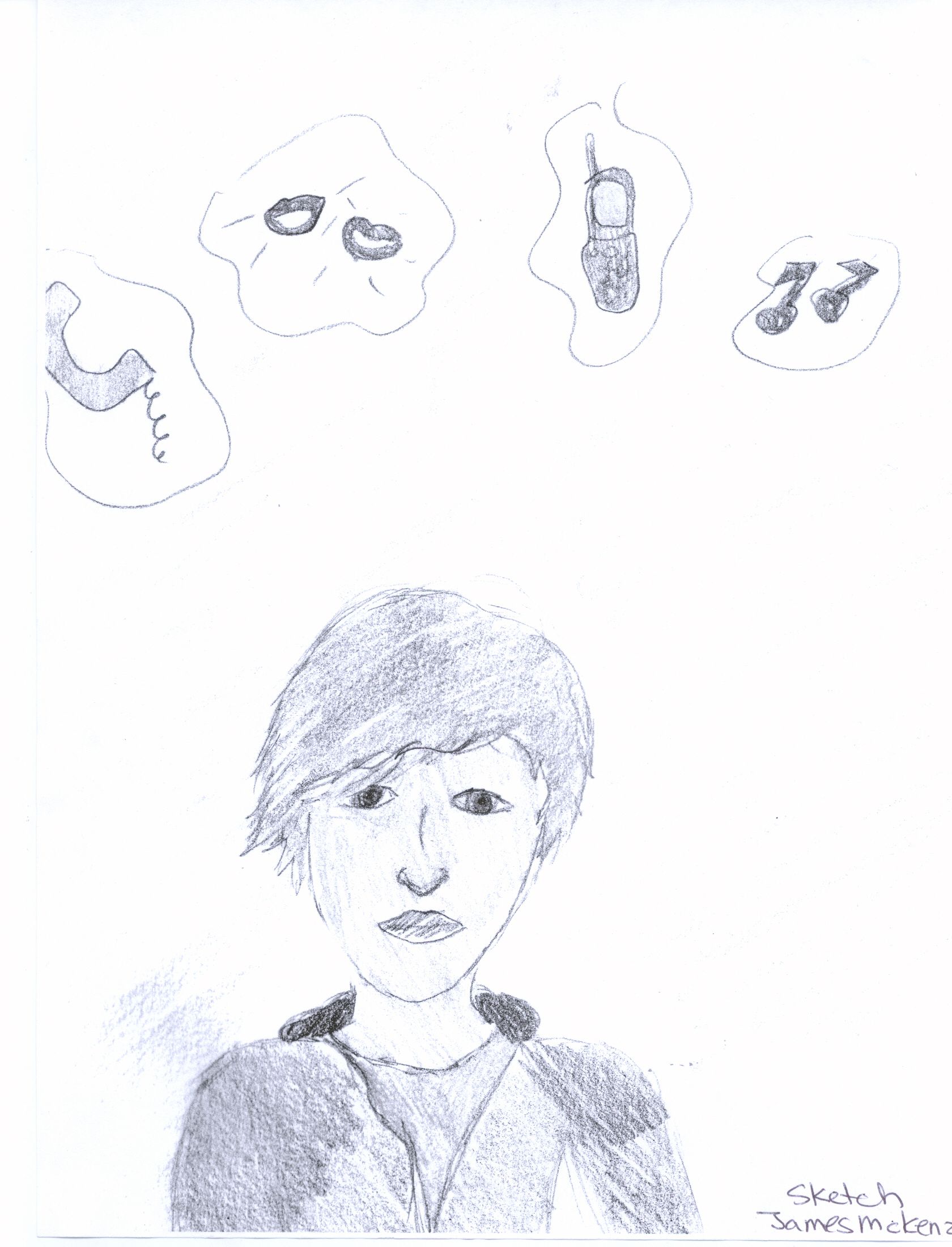 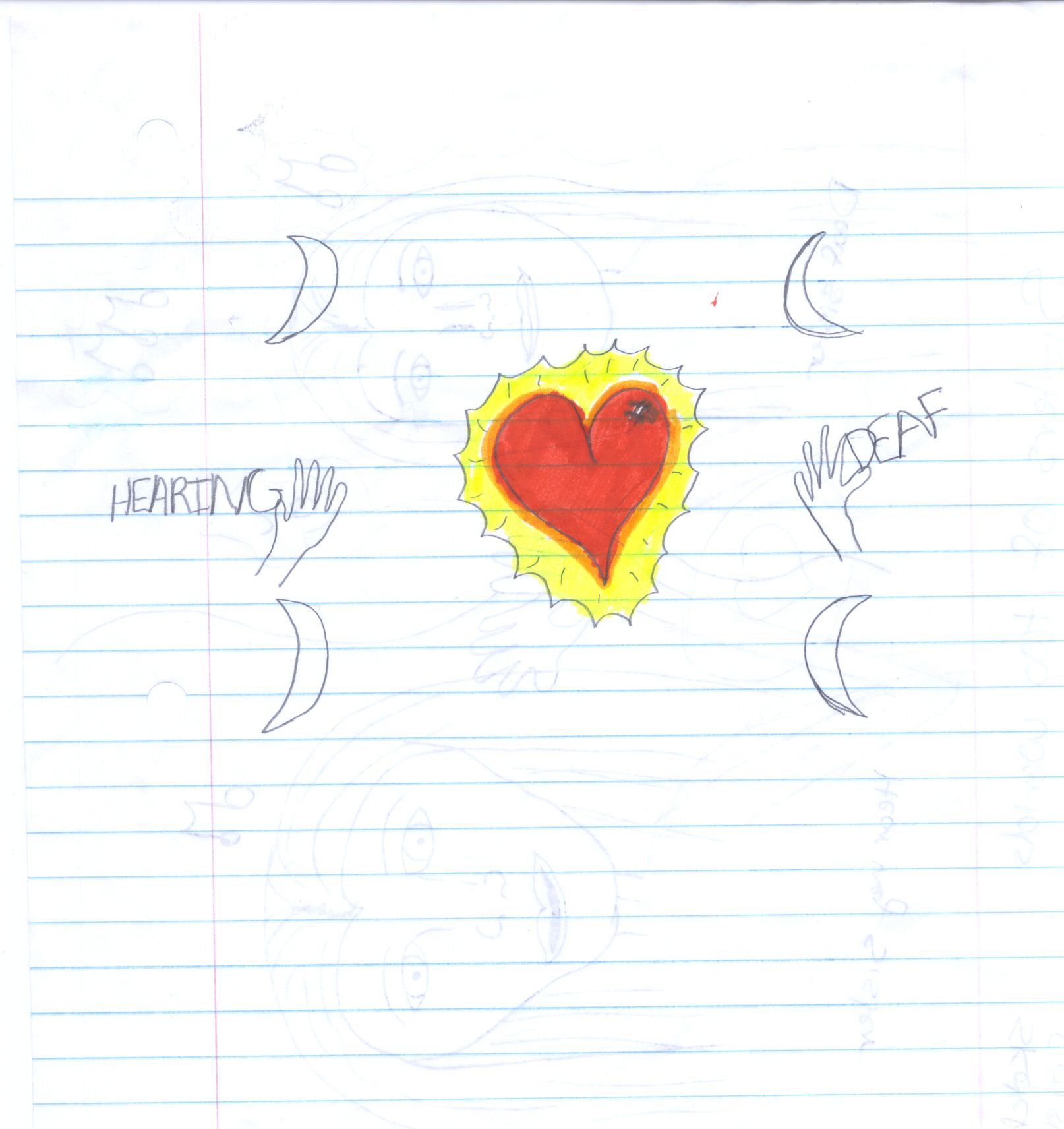 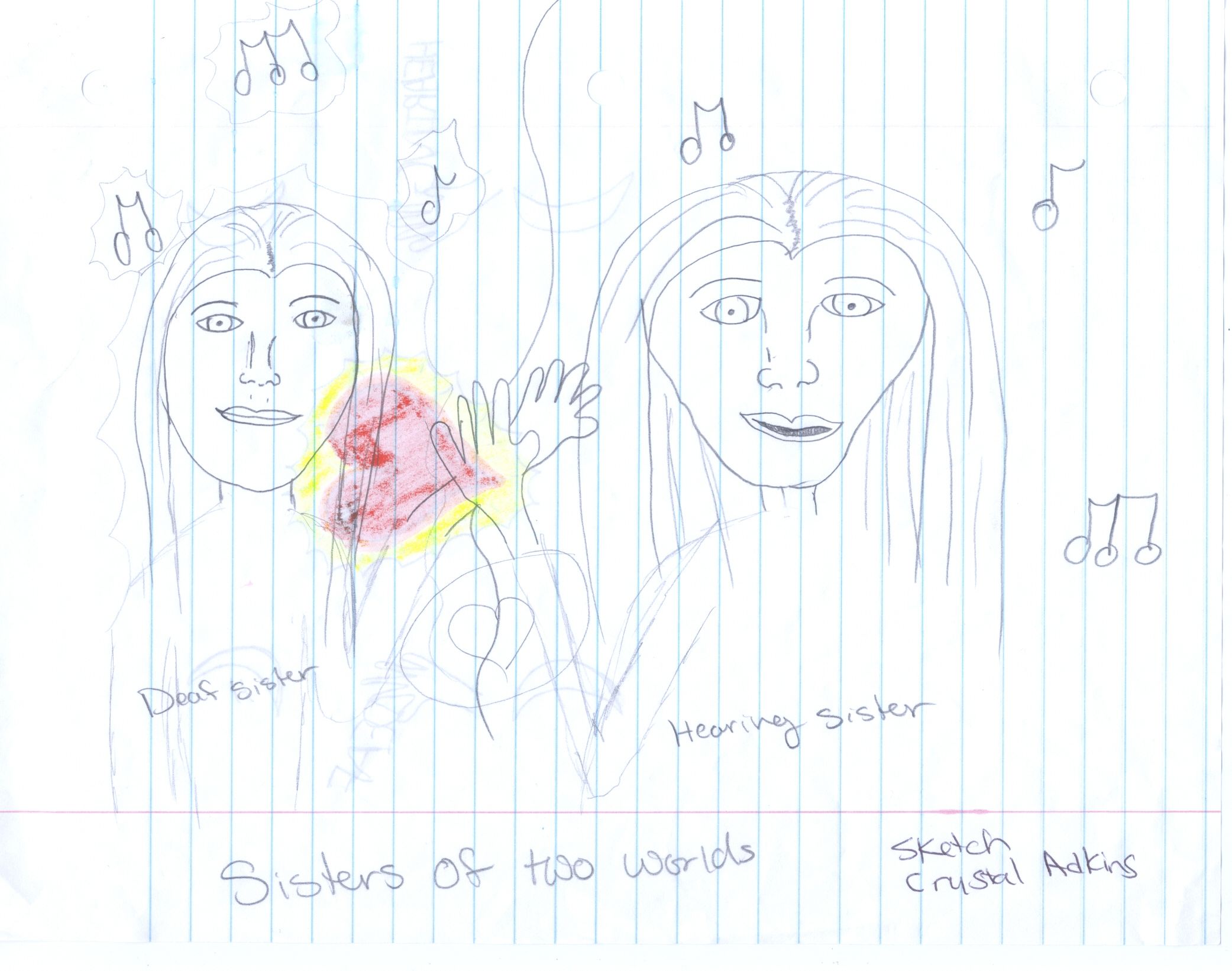 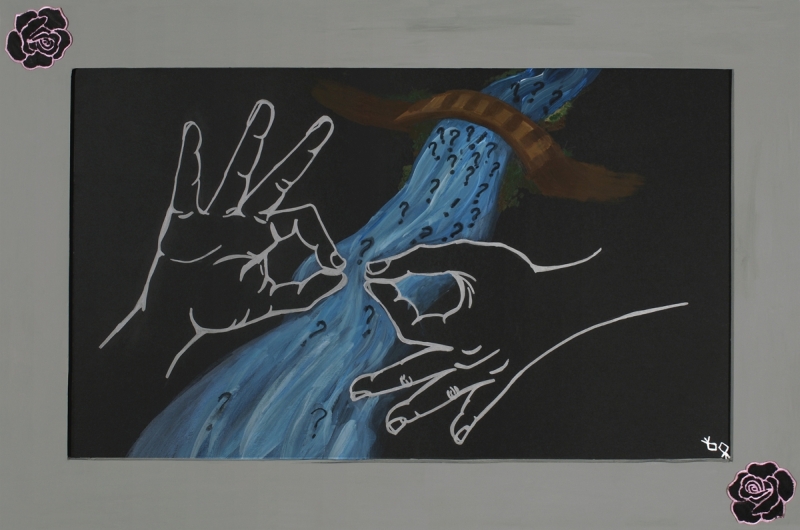 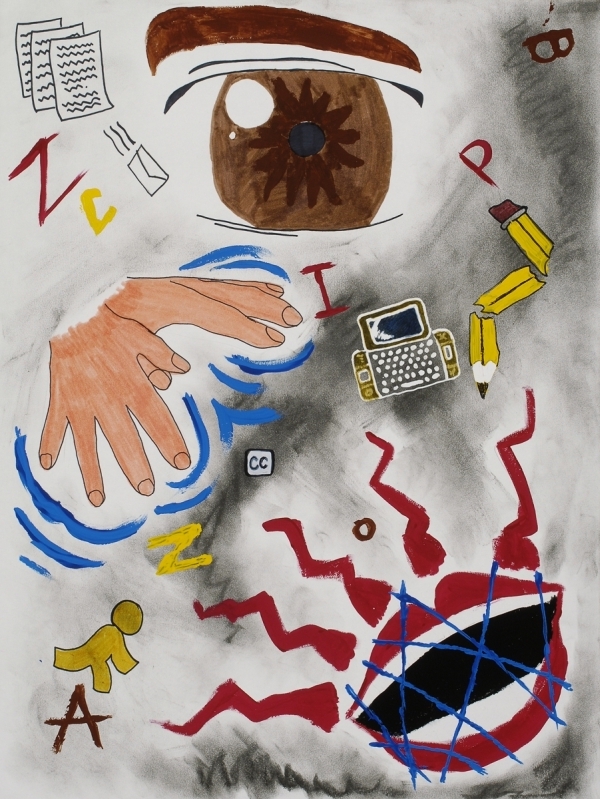 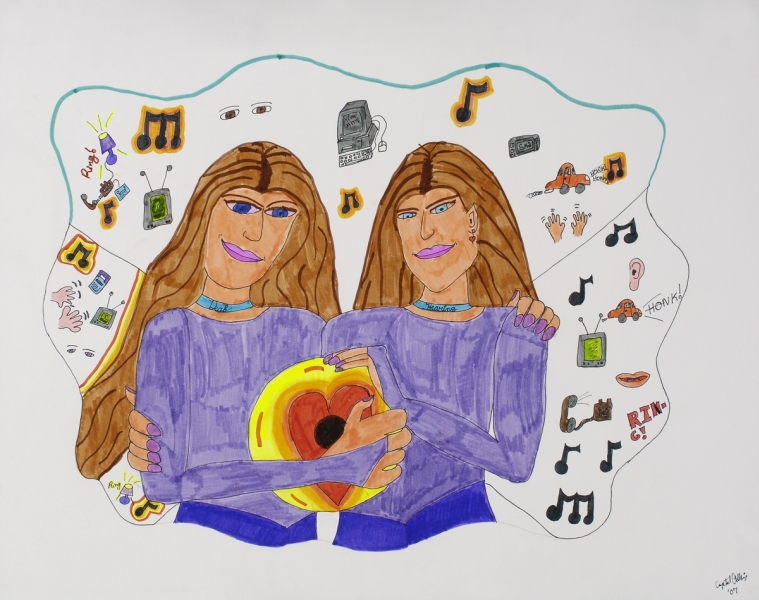 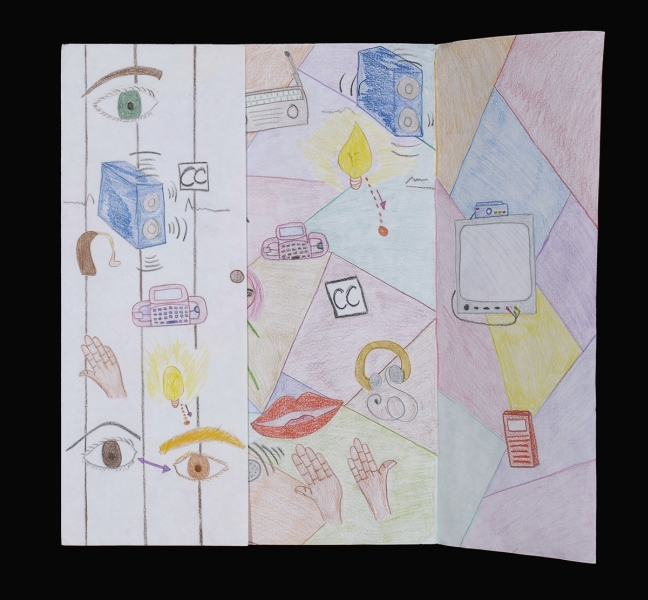