During the past few years, around the tenth of December which is the birthday of Thomas Hopkins Gallaudet, founder of the American School [for the Deaf], a familiar figure is seen near the entrance hall of the school building with his wares on a long table.  The kindly and cheerful gentleman is none other than Algot Anderson, ASD ’17.

Algot, as his friends call him, is amazingly gifted in the arts.  The hundreds of people who have seen and bought his wares are impressed with his fine details on glassware and china.  He has done platinum on china, and put silver deposit on blue moonlight glass plaques; also put luster color on glass plates.  Some of his outstanding work is hand painting on pure silk, depicting the Japanese people and Japan itself, all in lovely colors.  He uses Japanese brushes.  He became inspired in painting Japanese people after he met a Japanese woman at a Christian Deaf Fellowship meeting in Detroit five years ago.

To understand how Algot acquired his hobby in the arts, one has only to go further back to learn of his background.  He held various jobs, all in Meriden [Conn.], to satisfy his craving to create.  At the Hendel Company he did decorating of glass and parchment lampshades.  At Rockwell Silver Company he did decorating on china and glassware in silver, gold, platinum, and colors.  For H. Wales Company he did carpentry on big jobs such as hospitals, churches, and schools.  He holds a union card with Joiners and Carpenters Local No. 920.

In 1926 he resigned from the Rockwell Silver Company to go into business for himself, making lamps and lampshades.  Jeannette Lanoue, who two years later became his wife, and eight other people worked for him.  Business prospered until the crash in Wall Street in October 1929.

The following years were tough ones.  He and a hearing brother built houses to subsist.  Still the desire to create artistic things was strong in Algot.  Finally, in 1939 he decided to try china and glassware and different art work.  His efforts along those lines were highly successful.  In the fall of 1962, he was asked by the Class of 1932, Gallaudet College Alumni Association, if he would be willing to sell his wares for the benefit of the Centennial Fund  on a percentage basis.  He agreed and now is swamped with large orders from Washington, D.C.  He has upon request sent sample kits to Washington State, New York, Denver, and other large metropolitan areas of this country.  Mrs. Rae Martino de Rose, Gallaudet ’32, is sponsoring this project for Algot.  Thus, through this medium, Algot’s fame is spreading across the country.  The American School [for the Deaf] is truly proud of her son!

On Morse Street, two miles north of Meriden, is a plot of land containing approximately 12 acres on which Algot, with the aid of his son, Peter, then a lad, built his home.  Together father and son dug and laid the foundation and built their home.  One has only to visit the house to see the superior workmanship done on it, which proves Algot an A-1 carpenter.  On the premises are two Dobermans.  One, an excellent watchdog, is a descendant of one used in World War II.

Algot’s hobbies are beekeeping, growing an apple orchard, raising flowers, masonry, and last but not least, writing poetry.  During his spare time he remodels the inside of his home.

Born in Meriden, Oct. 20, 1897, Algot entered our school in 1904, at the age of 7.  At the tender age of 3, he and two sisters and a brother came down with scarlet fever.  Fortunately all recovered.  Shortly afterwards, Algot became ill with spinal meningitis which left him deaf and without speech.  His deafness, however, has not deterred him from leading a happy and normal life.  He enjoyed school and participated in sports but was shy when it came to dancing with les femmes, he admits.

Algot passed the Gallaudet College entrance exams during his senior year but lost out to another candidate because Connecticut’s quota then was only one.

After graduation from ASD in June 1917, he continued his interests in sports such as pro football and pro basketball, both of which he played till his marriage at the age of 30.  Ice hockey was another sport he enjoyed.  The famed Hartford Five and New England Five were organized by him.

He served as boys’ supervisor at A.S.D. during 1919-20, resigning at the end of the year to have more time for creative work and to play pro football and basketball.

In 1928 Algot married Jeannette Lanoue, ASD ’21.  The couple were blessed with two children, Peter and Claire.  Peter, after graduation from High School, served as a Seabee in the Pacific during World War II.  He is married and is living with his wife and two small daughters in Seattle where he is a student at Seattle Pacific College.  He plans to become a teacher and minister to the deaf.  Daughter Claire is married and is the mother of a 3-year-old daughter.

The distinction of being the first deaf man in Connecticut to hold a driver’s license belongs to Algot.  That began in the year 1916.  He owned one of the now defunct Brush cars which had to be cranked by hand to start.

Algot’s list of memberships in organizations is lengthy.  They include, The National Fraternal Society for the Deaf in which he holds the 34th degree; ASD Alumni Association of which he was president during the years 1939-45; The Silent Mission of St. James’s Church, West Hartford, and the First Congregational Church of Meriden.

Last June for the first time since Algot and Jeannette were married, they went on an extended trip to the Pacific Coast.  Son Peter drove them to the coast in his Volkswagen.  There they visited at length and made hosts of friends.  Other states along the Pacific coast were included in their itinerary, with stopovers to visit with relatives and friends.  En route home they stopped at Colorado Springs where they were guests of Mr. and Mrs. Frank Galluzzo, both ASD ’26.  Algot and Jeannette arrived home in September, having covered 10,000 miles.  Their many friends were glad they took this long deserved trip, but are glad to see them back in circulation in Connecticut again.

Transcription of an article by Gordon W. Clarke, published in The American Era, vol. XLIX, no. 4 (January 1963)

Permission to reprint from American School for the Deaf Museum. 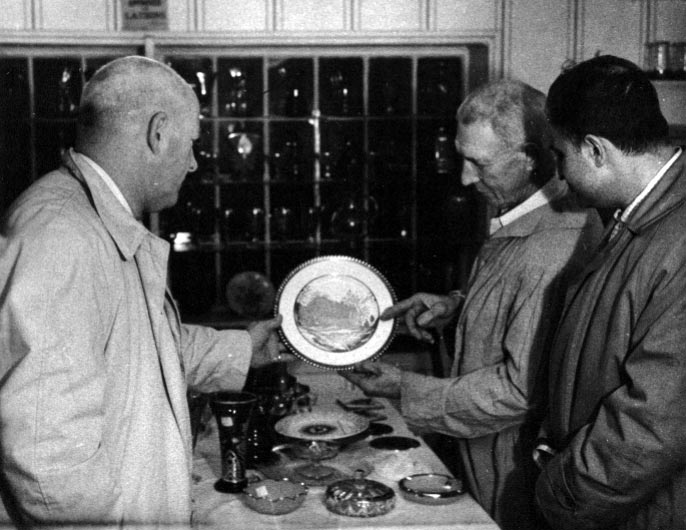 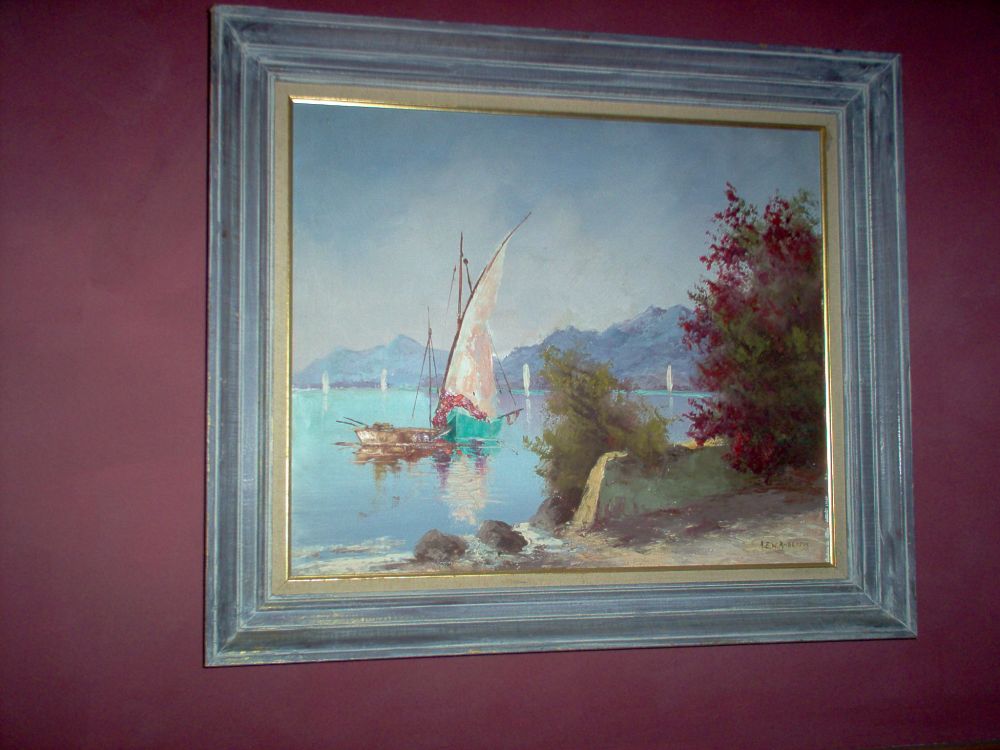 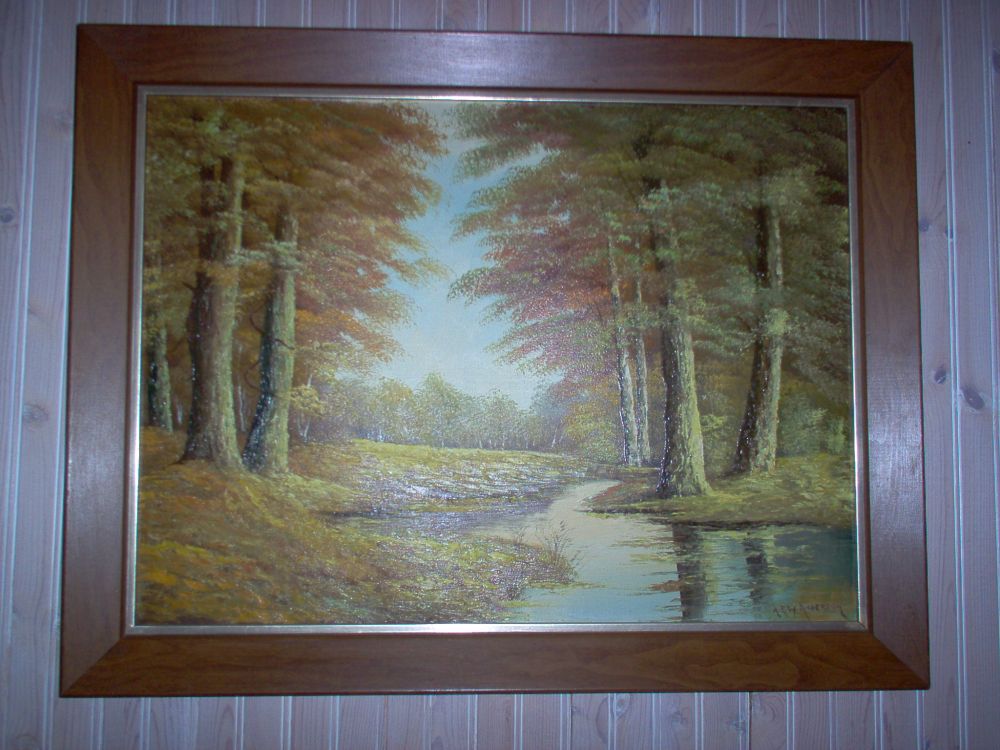 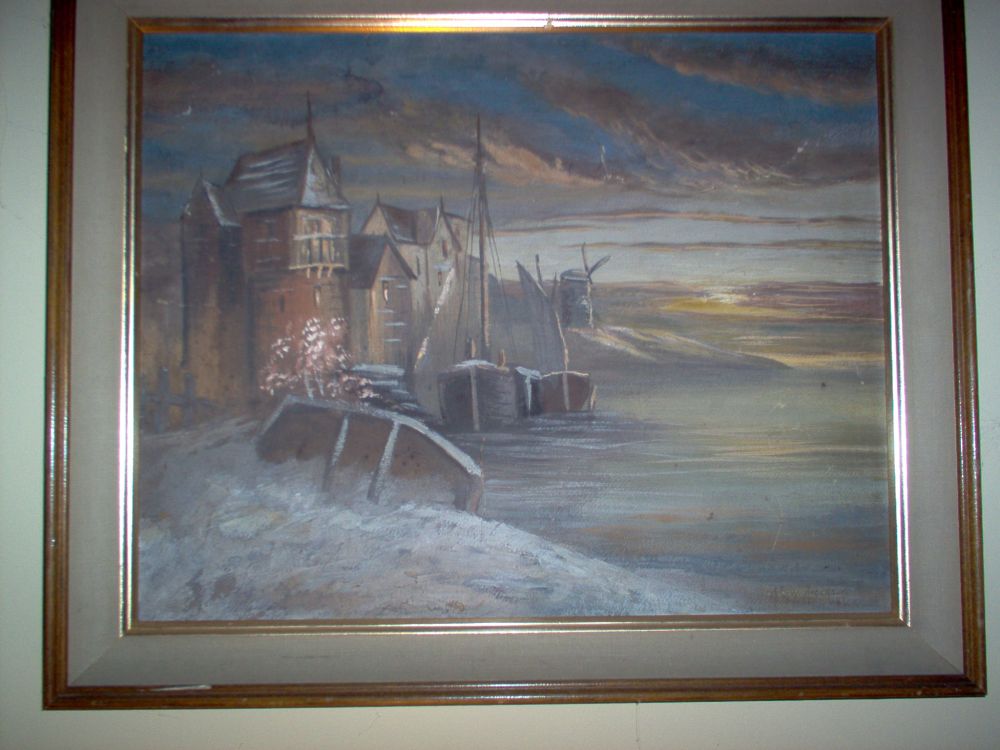 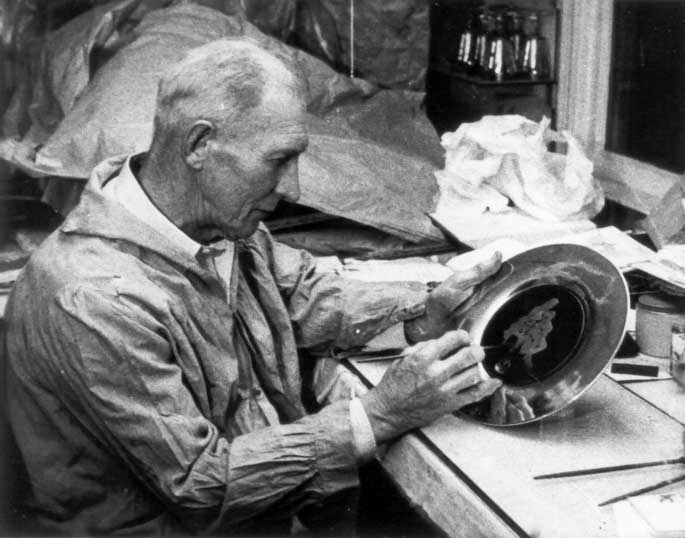 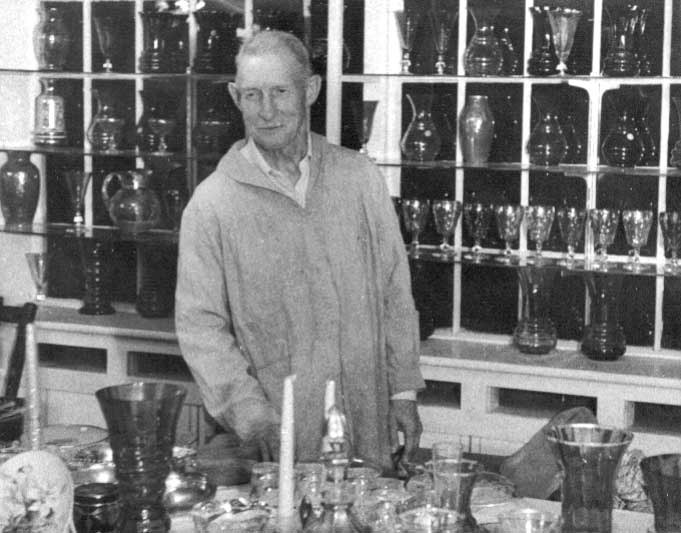 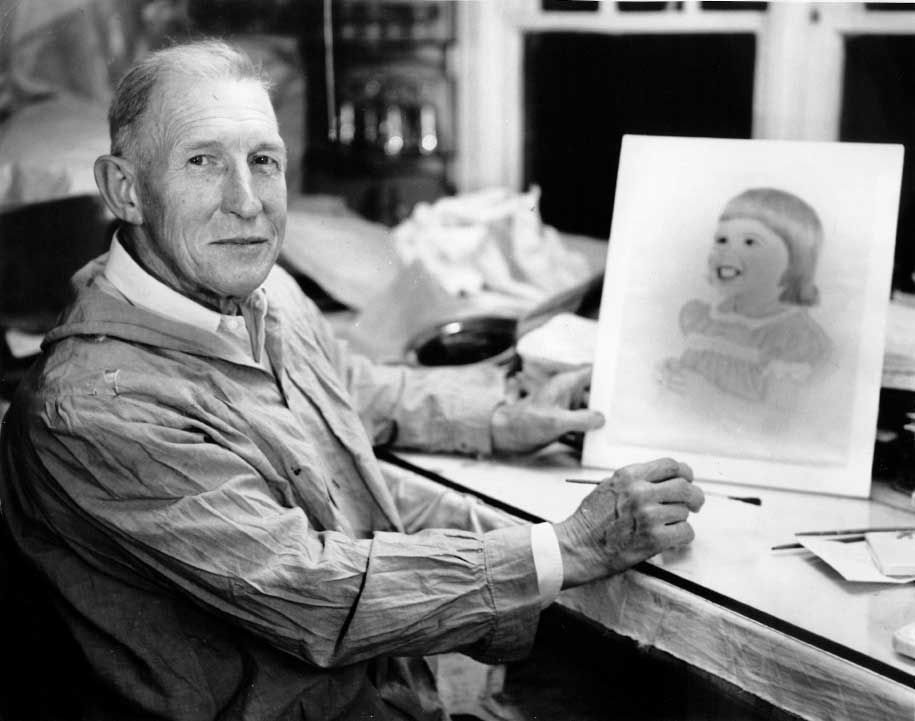 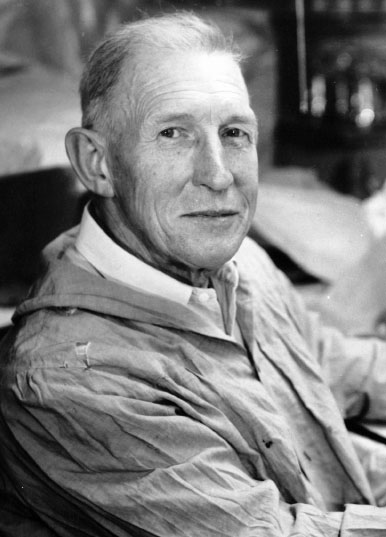 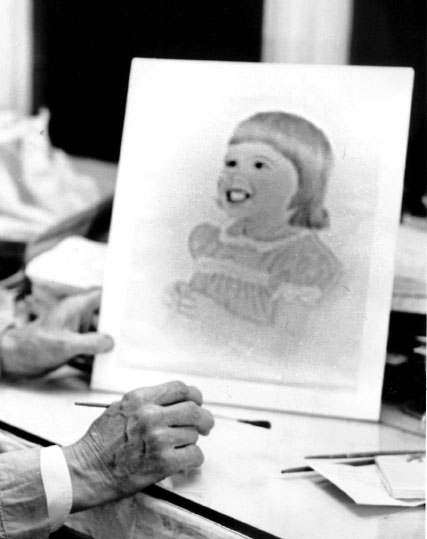 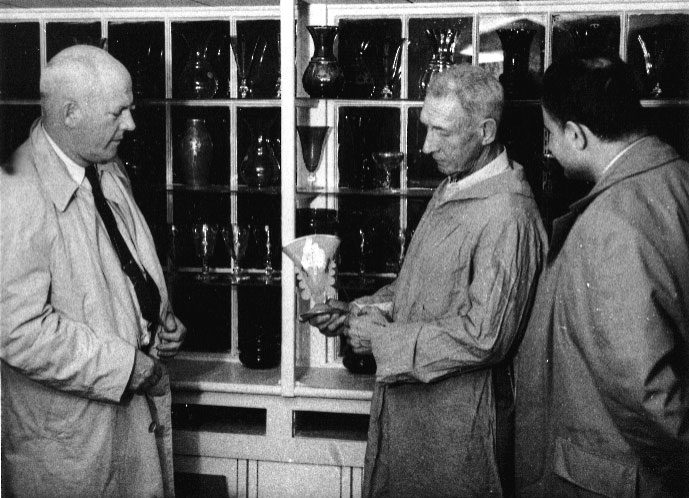