Arnaud Balard is a French DeafBlind artist.  He studied at University of History (1992-1993), before quickly joining  MJM Graphic Design (in Toulouse, 1993-95). Afterwards, Balard attended the EESAB (European Higher Art School of Bretagne) in Fine Arts, where he graduated with the congratulations of the jury in Rennes, 1995-98.  He went on to study at the Ecole Supérieure des Arts Visuels de la Cambre (in Brussels, 2000-2002), where he created several conceptual works representing Deaf experiences. Balard’s art strives to promote an understanding of Deaf and DeafBlind people and has often been exhibited in the public sphere. In addition, his works are created to bring about positive social change.

In 2009, Balard coined the term Surdism when he created the Surdism Manifesto.  The word Surdism came from the French word for Deaf (Sourd) and its suffix (-ism) indicated an artistic and/or literary movement.  At the time Balard wrote his Surdism Manifesto, he was unaware of Deaf View/Image Art (De’VIA) which had been established in the USA in 1989.  Unlike De’VIA, Balard’s Surdism Manifesto reached beyond visual art expressions of Deaf experiences—by including theatrical, cinematic, and literary (signed and written)  works. The manifesto can be seen at:

In addition to the inclusion of a variety of genres, the manifesto is unique as it acknowledges audism and Deafhood.  Further, it emphasizes the importance of artistic and literary expressions to bring about justice and political advancement.  The manifesto states, Audism denigrates, Deafhood welcomes, Surdism reveals. Thus, there is an intent behind these  creative works to challenge audism, celebrate Deafhood, and advocate for equality.

After completing two-year study of vexillology and experimenting with different designs, Balard designed the Sign Union Flag in 2013.  The flag has three colors; dark blue for Deafhood and humanity, turquoise for Sign language people, and yellow for enlightenment and hope.  The dominating shape of the flag is the outline of a hand with a second hand outline signifying global unity via signing –which is inclusive of tactile signing.  The flag has been flown in countries all over the world and is a proud international marker for people who use natural sign languages.

As Balard’s Usher Syndrome has progressed, his artistic expression has evolved and more actively encompasses works in theatre and performance. 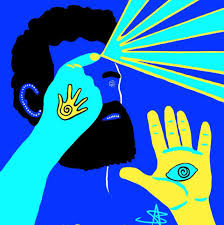 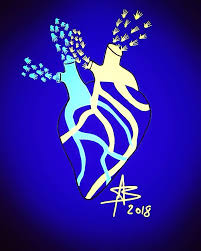 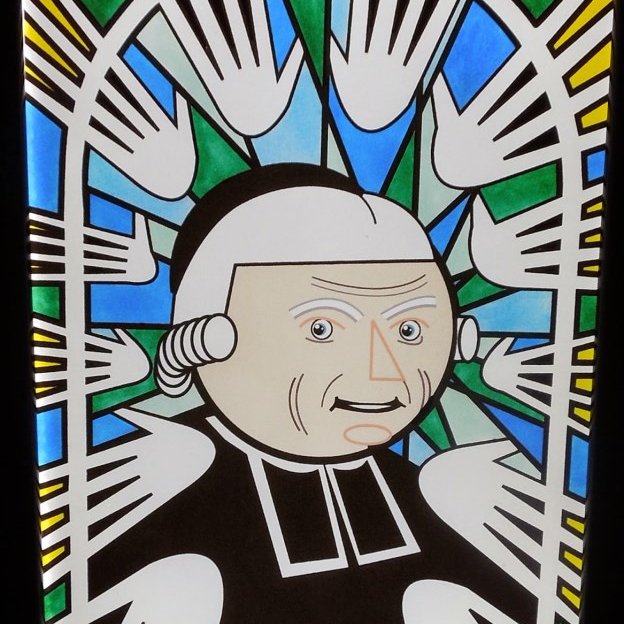 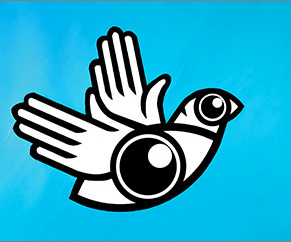 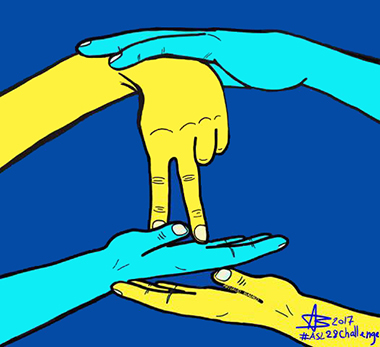 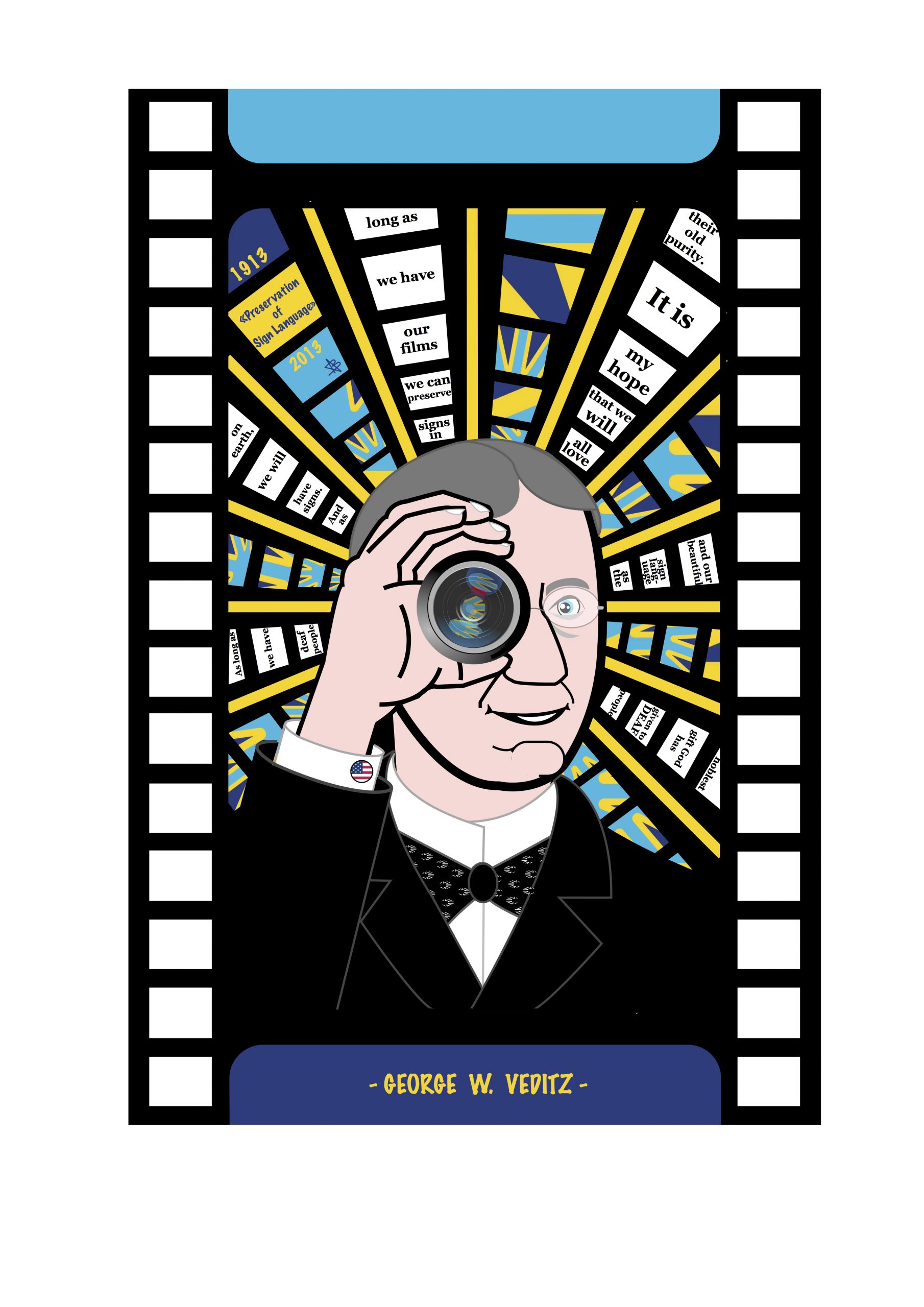 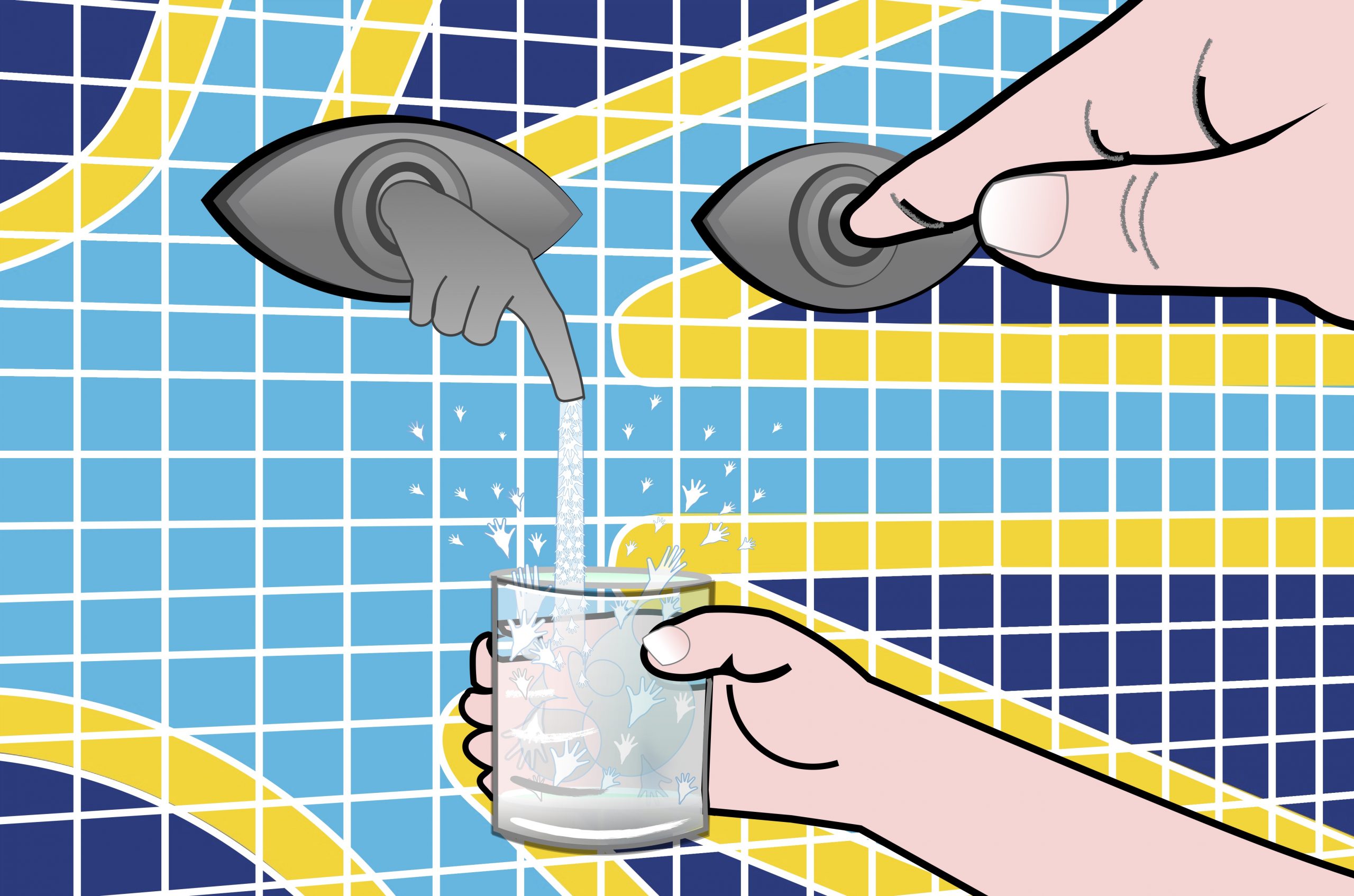