In the year when the first airplane broke the speed of sound, Chuck Baird was born in Kansas City with a moderate hearing loss but grew up culturally deaf.  He attended the Kansas School for the Deaf, Gallaudet University, (formerly College) and National Technical Institute for the Deaf at Rochester Institute of Technology.

He has been a painter since his teen years and has led a distinguished career, most notably as the official curator of Deaf Way II art exhibitions at Gallaudet and in Washington DC area in 2002. He has participated in dozens of exhibits, created several commissioned murals, and has served as artist in residence at over thirty deaf schools.

Baird split his time between painting and acting while involved in the National Theatre for the Deaf and Equity theatres for a total of 23 years. He is best remembered for his role as the painter in the stage production of the adapted movie, King of Hearts

Having been involved in Spectrum: Focus on Deaf Artists colony in Austin, Texas in the late 1970s and the Deaf View / Image Art (De’VIA) think tank of 1989 and a chief creator and steward of De’VIA – Chuck Baird can be known as the king of De’VIA.

He is deeply missed by many.

“I am no longer interested in whether I am a Deaf artist or an artist who happens to be deaf. I have accepted being either cultured Deaf or hard of hearing; that’s fine with me. But what makes me an artist, that really matters. The process is the power of creativity and all the gifts inside and from the surrounding environment. It is so much more fun that way. The brush becomes so free, and speaks or moves for itself.” 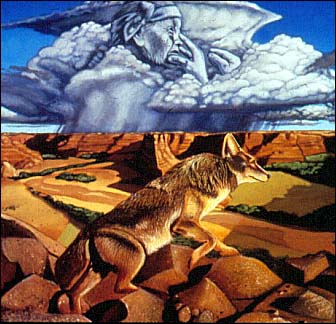 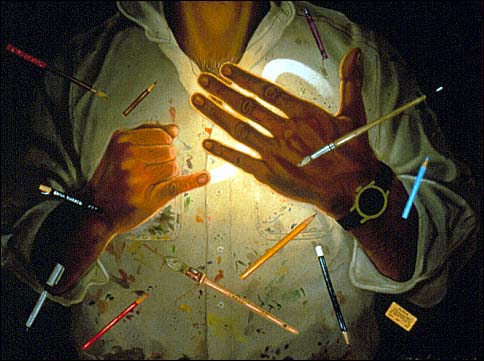 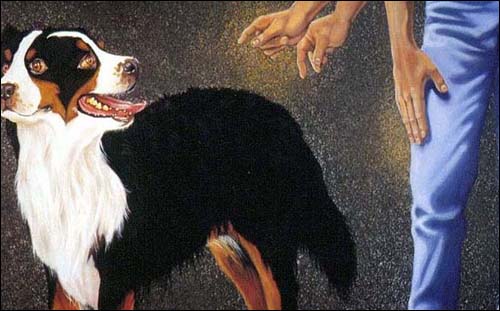 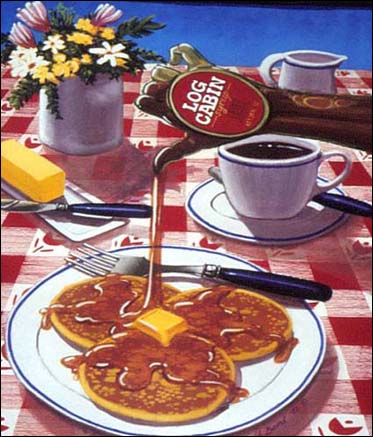 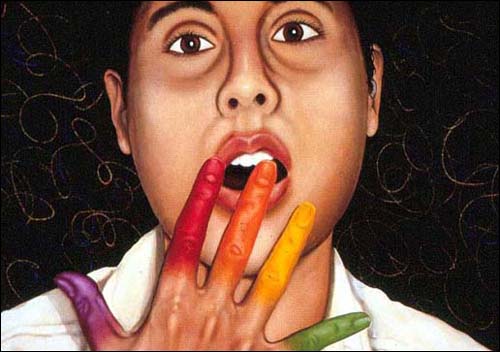 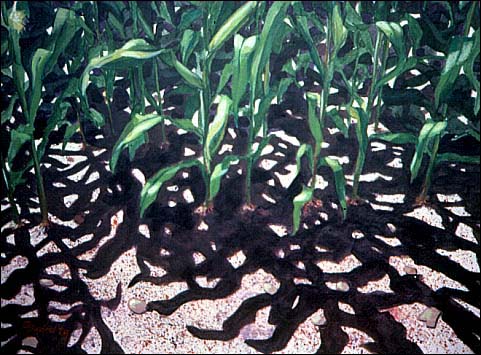 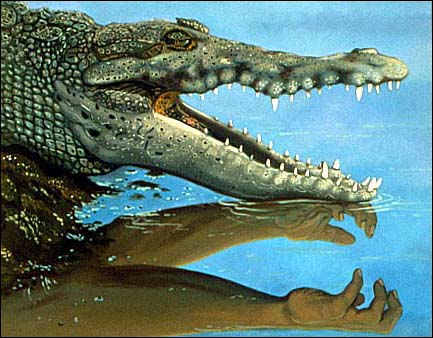 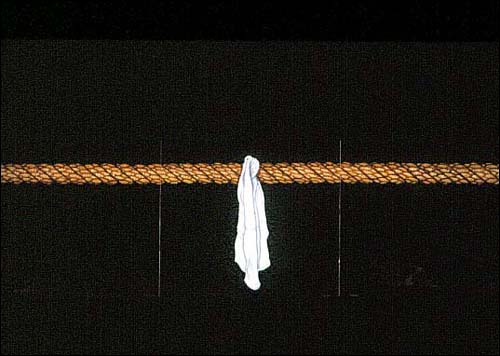 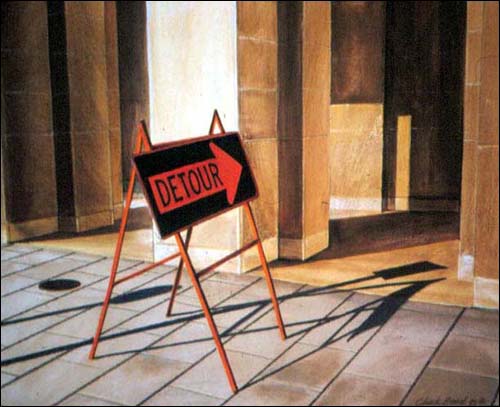 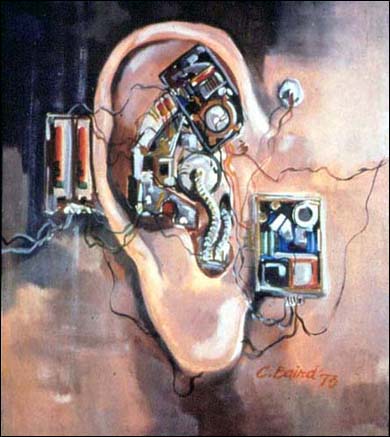 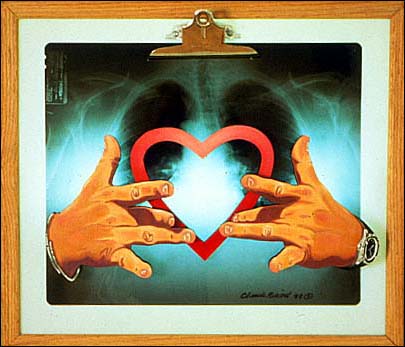 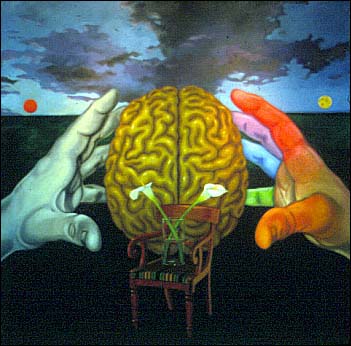 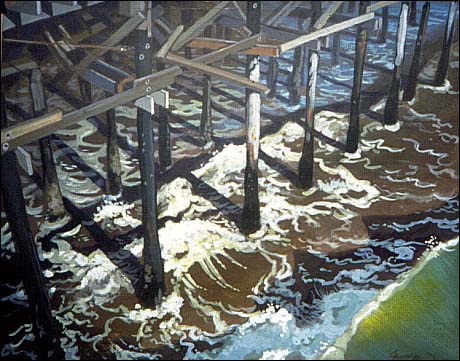 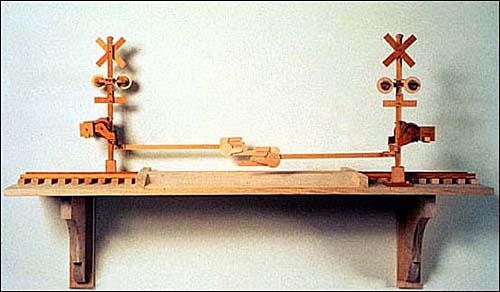 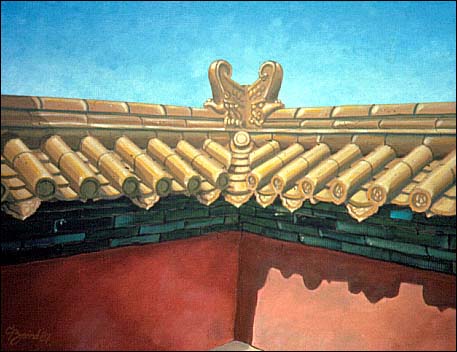 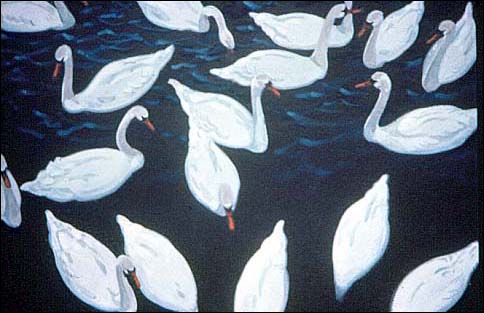 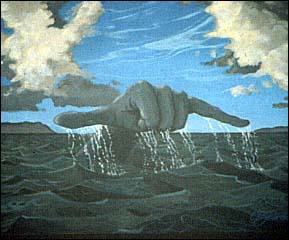 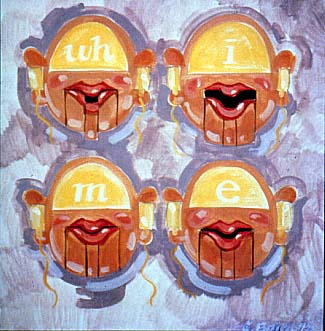