Joan Popovich-Kutscher,”Gravely misunderstood at three and a half years old by her parents and misdiagnosed as moderately retarded, she was placed in a state hospital for the developmentally disabled.  Out of contact with deaf children like herself and without a kindred soul around, Popovich-Kutscher’s first language was art.

“Popovich-Kutscher vividly remembers the dirty walls, the smells, and the cold, prison-like atmosphere of the state hospital, her home until she was almost nine.  There she was medicated and denied access to education and communication.  ‘Everyone assumed that I was mentally retarded,’ says Popovich-Kutscher, who has since completed two master’s degrees, MA and MFA, and has received 29 awards for her artwork.

“Finally, she was transferred to the California School for the Deaf in Riverside. Once in school among other deaf children her own age, her troubles were far from over.  The stigma of mental retardation stuck even as she made progress academically to catch up with her age group.

“Although she practiced art from a young age, her formal training began at the school for the deaf, where a deaf art instructor encouraged her to study painting and drawing.  After graduation, she continued studying art for two years at Riverside City College before transferring to the California Institute of the Arts in Valencia.  While earning her BFA, she was introduced to printmaking.  She was impressed with how prints could create a different kind of three-dimensional space, a suitable medium for the psychological content of her work.  She then enrolled in graduate school at California State University in Fullerton, where she earned both her MA and MFA in printmaking in 1987.” 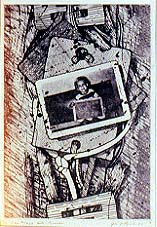 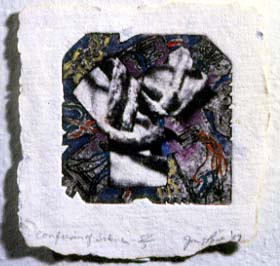 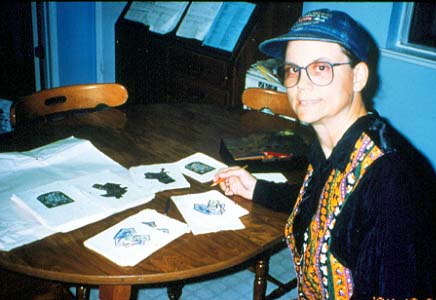 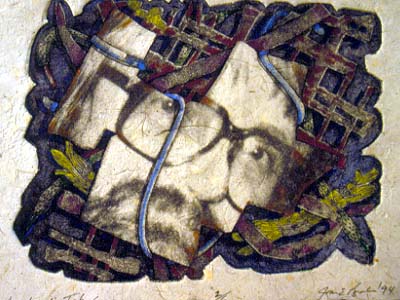 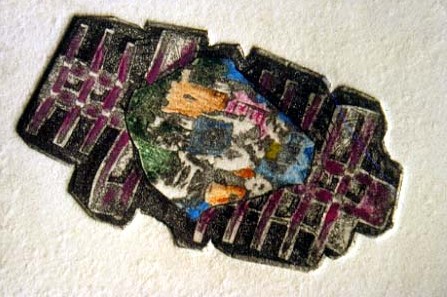 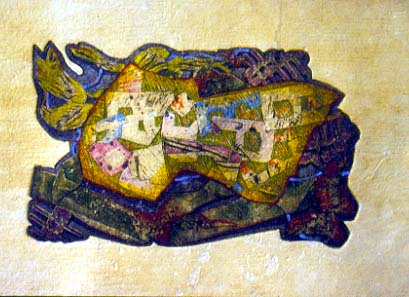 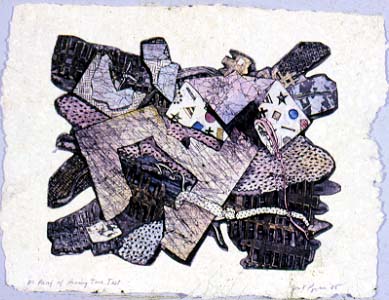 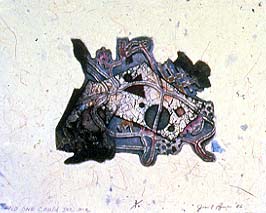 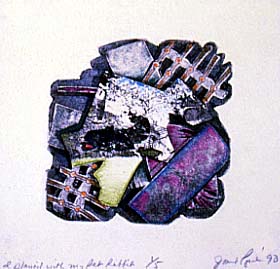 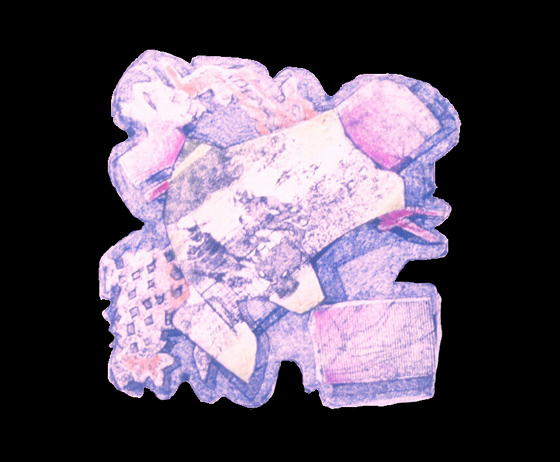 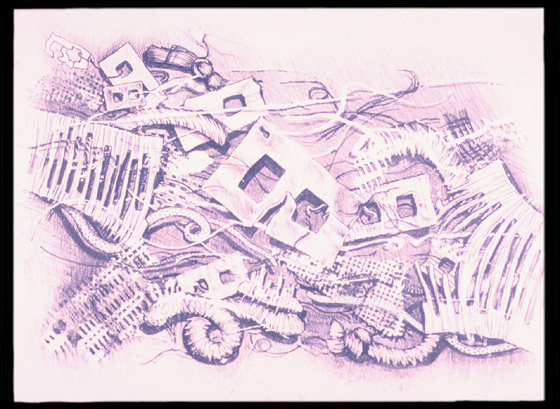 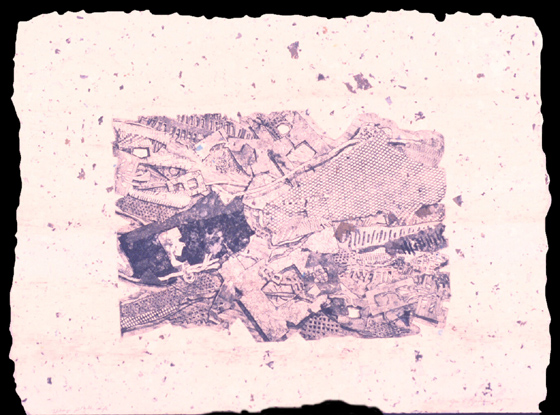 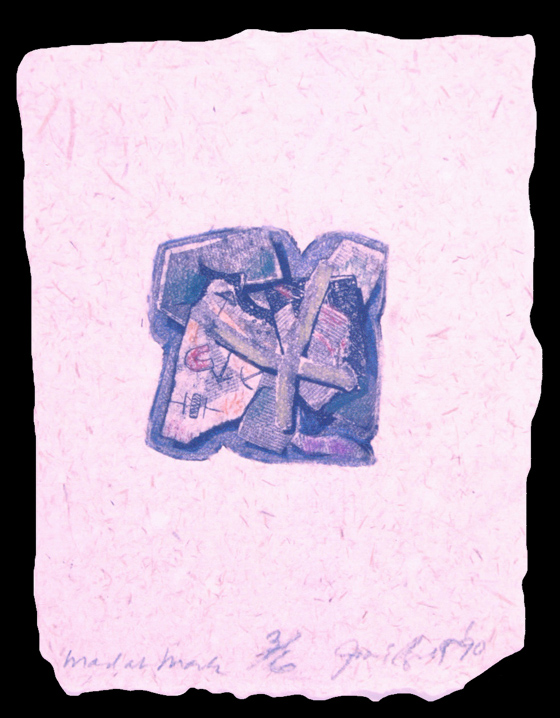 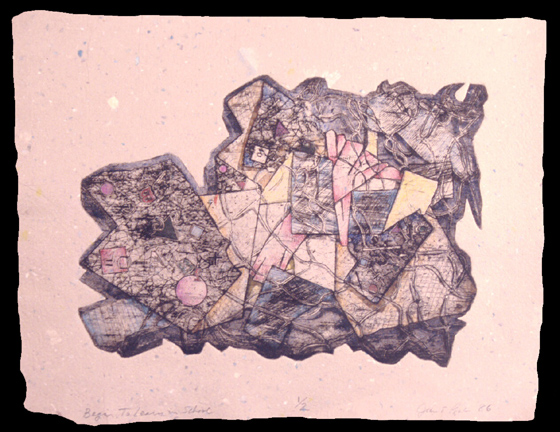 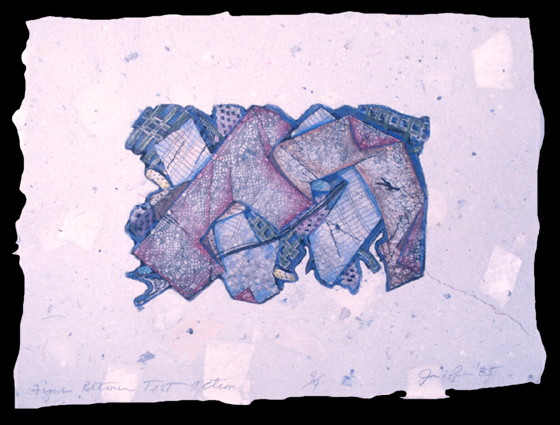 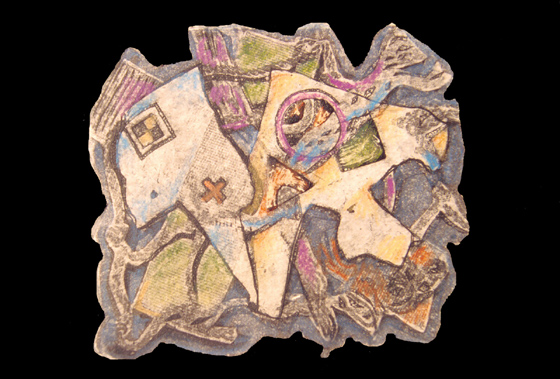 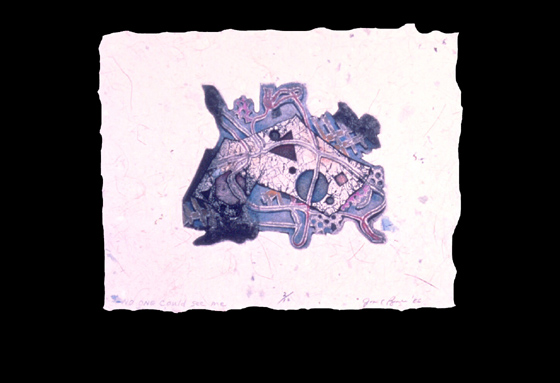 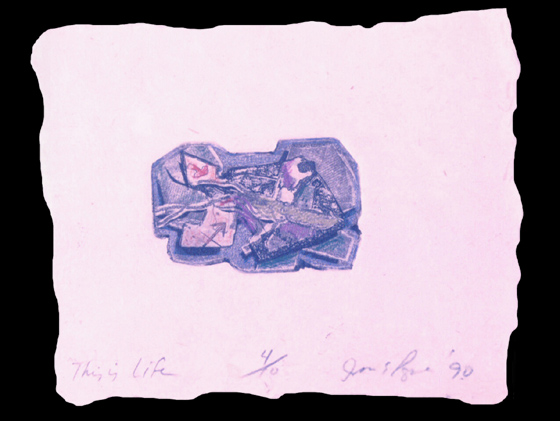 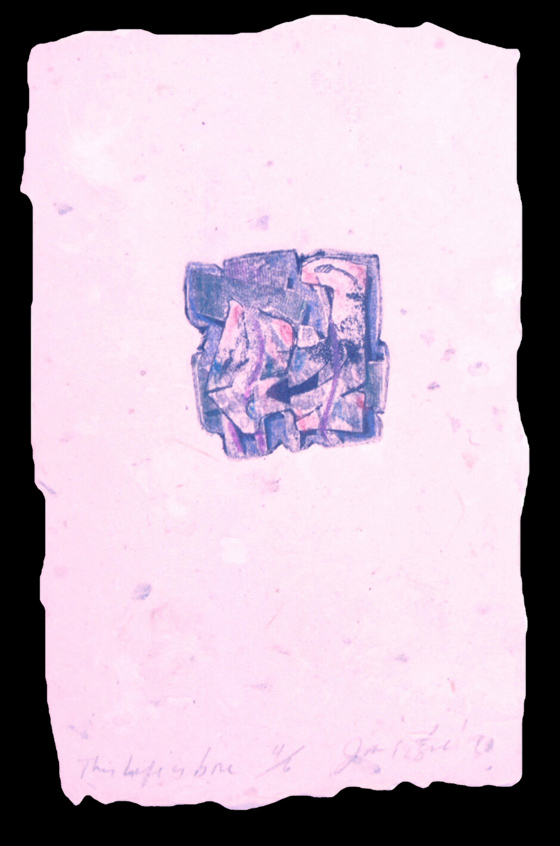 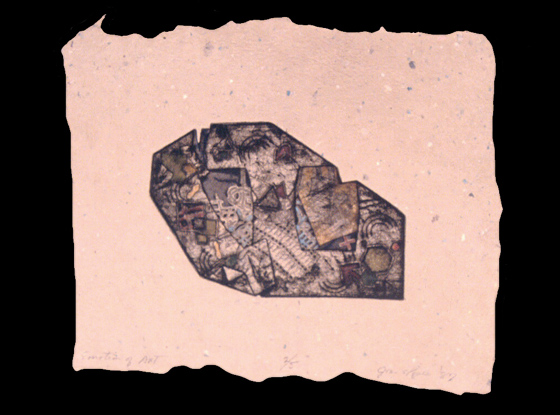 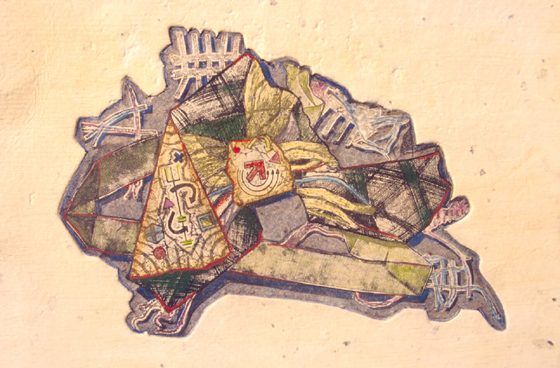 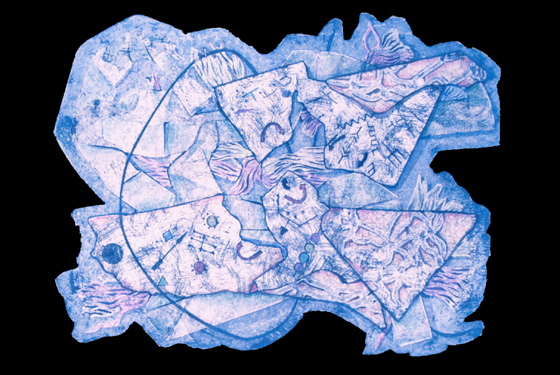 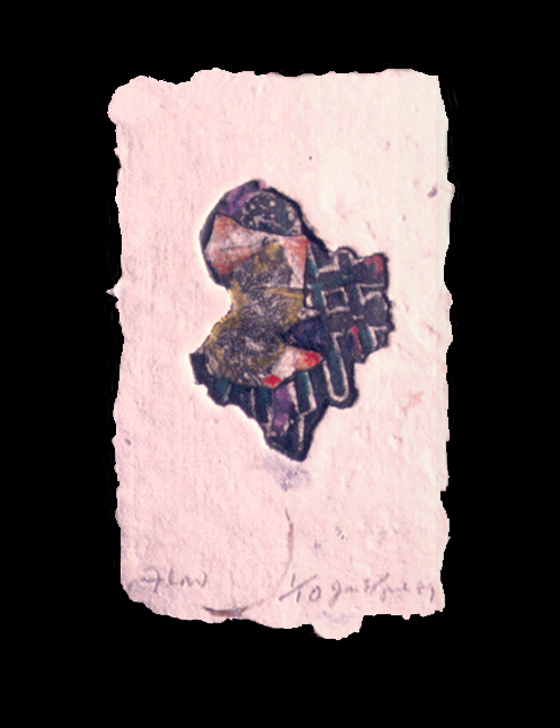 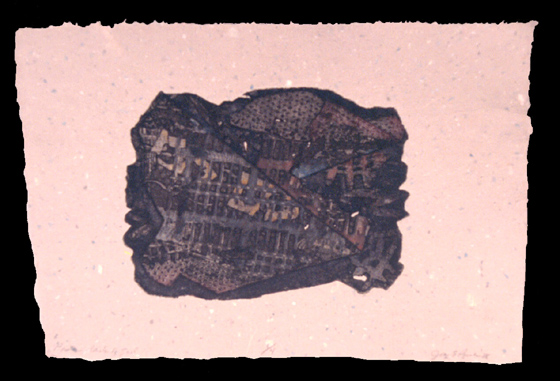 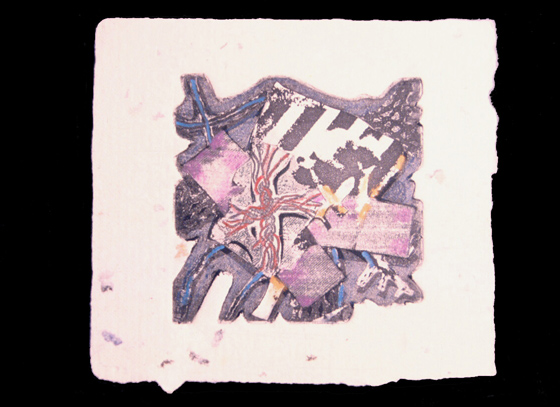 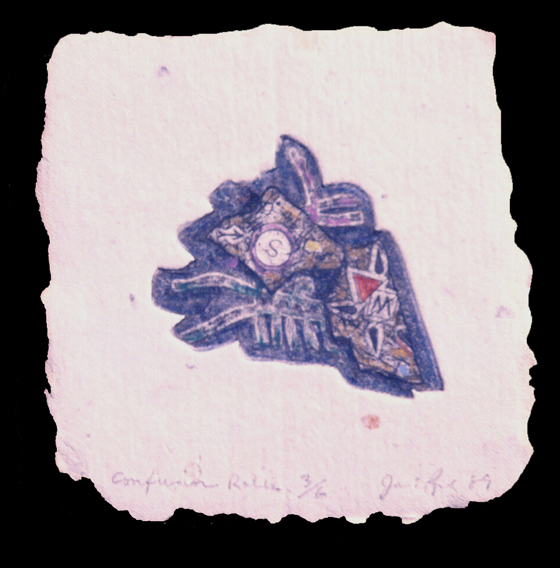 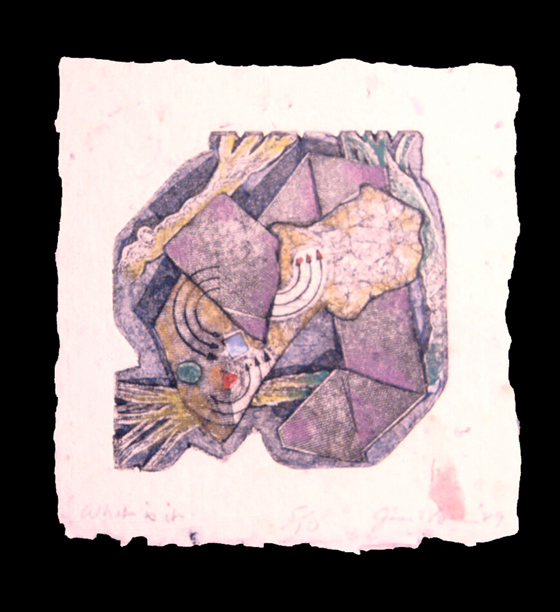 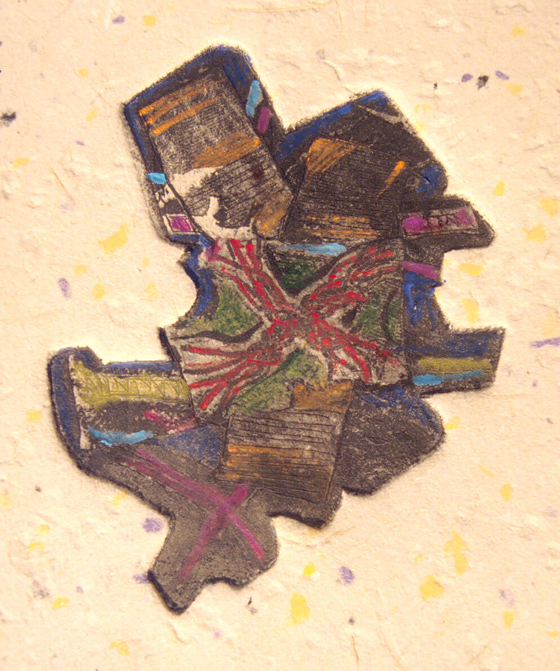 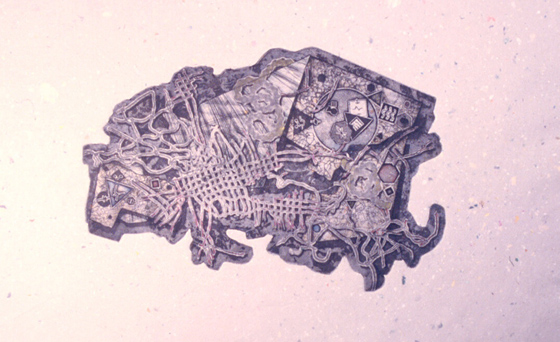 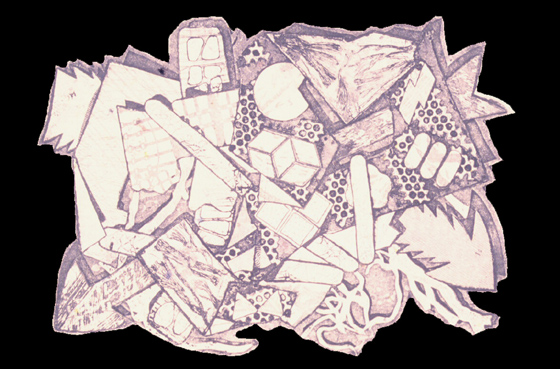