Nancy Rourke was born and raised in San Diego.  Her father was a full-blooded Native American from the Mesa Grande Band of Mission Indians in the Kumeyaay Nation. When her mother first moved to San Diego from Port Huron, Michigan, she lived in the Barona Band of Mission Indians reservation and met her father there. Rourke’s mother last lived in the Barona reservation when she died and both her parents are buried at the Mesa Grande cemetery.  Her ancestors were enslaved under Junipero Serra missionary, building the three missions in San Diego county.*

Rourke was not discovered to be Deaf until she was 6 years old.  Prior to that time and for her entire life, art became her primary way of expressing herself.  She attended oral schools in self-contained / mainstream settings.  She did not learn ASL until going to RIT/NTID for college.  Rourke has a BFA in Graphic Design and Painting from RIT (1982) and a MFA in Computer Graphics and Painting from RIT (1986).

In 2009 after a long career as a graphic artist for different corporations, Rourke decided to pursue becoming a full-time professional artist focusing on art about Deaf experiences, known as Deaf View/Image Art.  She has worked non-stop to advance Deaf artists and promote a deeper, authentic and revolutionary understanding of what it means to be Deaf.

Nancy Rourke is an internationally-known Deaf artist and ARTivist.  As a full-time professional artist, she is very involved with implementing the De’VIA art curriculum for Deaf children. She has done numerous artist-in-residencies at Deaf schools nationwide where she teaches and makes art, using Rourkeism in De’VIA, which is a style of De’VIA, modeled after her work, and noteworthy for its use of bold primary colors and Deaf-themes expressing affirmation, resistance and liberation. Nancy offers the De’VIA retreat, hosting art galleries for Deaf artists, raising awareness of Deaf people through Art. She has a book entitled “Nancy Rourke: Deaf Artist Series” (2014).

She has received numerous awards, honors, and has been exhibited in many solo and group shows.  After learning about Surdism, an art movement introduced by Arnaud Balard, Rourke has been exploring literary expressions of Deaf experiences also and performed in a Spectrum II performance as well as doing live painting for RIT’s People of the Third Eye production.

In the mid-1700s, Junipero Serra and the Spaniard soldiers arrived in California, to build the first three missions in San Diego and on up to San Francisco, a total of 21 missions. The Mission Indians were enslaved, used for forced labor, abused and sick from the diseases that the Spaniard soldiers brought in, and killed by them. Our original Kumeyaay names were replaced with the Spanish names by the Roman Catholic mission to the California Mission Indians.

There is a protest at the US/Mexico Border, fighting for the Kumeyaay Nation rights, preserving our sacred lands with artifacts and remains that would be destroyed due to President Trump ordering the wall to be built there.

My work has a centralized focus that makes a theme; and using categories such as resistance, affirmation and liberation art. I create images that show blue tapes, yellow lights, hands, eyes, elephant, horse, strings, cracks, band-aids, etc. Primary colours are what I use in my paintings. I also use monochrome for reinforcement. In 2009, I learned about the Deaf Culture and started new ideas from reading Paddy Ladd’s book, “Understanding Deaf Culture in Search of Deafhood” and that was when I decided to make art that focuses on Deaf experience. I picked red, yellow and blue colours because I want to challenge myself with very limited use of colours. I want the audience to recognize who I am, using three colours. Each colour has a meaning. Red means empowerment. Yellow means HOPE and light Deaf people need to see each other. Blue means AUDISM. I felt these elements make art so powerful to the Deaf and Hearing society. I make a political statement. I capture today’s society that needed attention because it is long overdue. Part of it, is to educate and part of it is a wake- up call.

These influences came from painters Jean Michel Basquiat and Jacob Lawrence, who studied the civil rights movement. In resistance art, the work shows mask of benevolence, linguistic controversy, oralism, mainstreaming, genetic engineering, communication barrier, colonialism, paternalism, audism and identity struggle. In affirmation art, the work shows empowerment, ASL, Deaf culture, identity, acceptance, Deaf history and Deafhood. In liberation art, I transform resistance into affirmation that makes it empowerment. I paint how Deaf people have been controlled by predominantly audist environments. I seek to portray on how much suffering and submissive Deaf people were, many years when Aristotle (384- 322 BC) said “Deaf born senseless and incapable to reason.” I felt this was important for the audience to see who and what our human rights are. Discrimination was too much and this is what I am painting today. 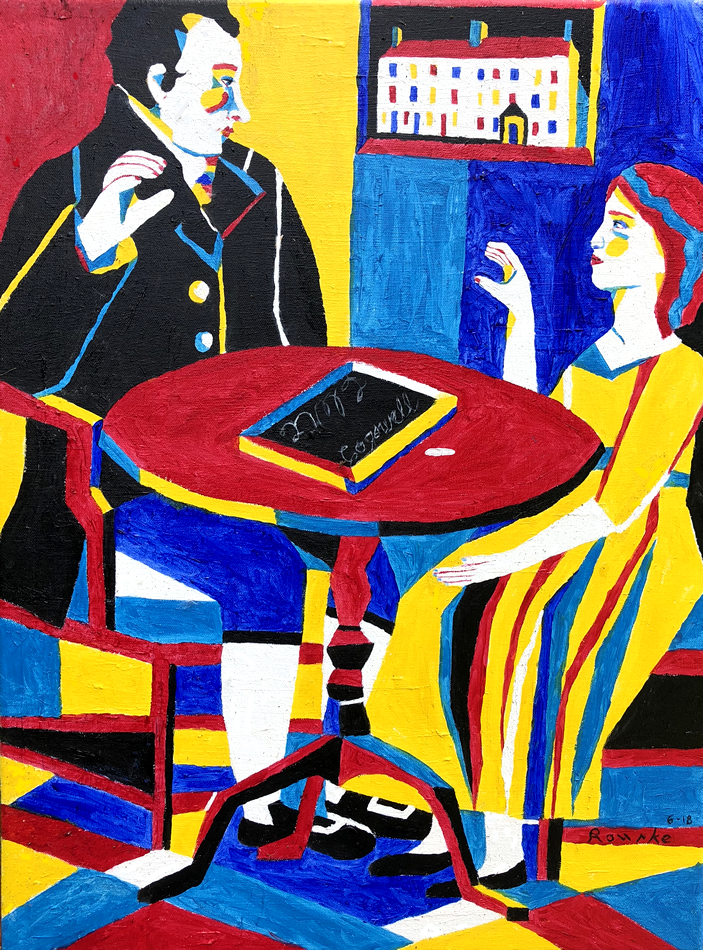 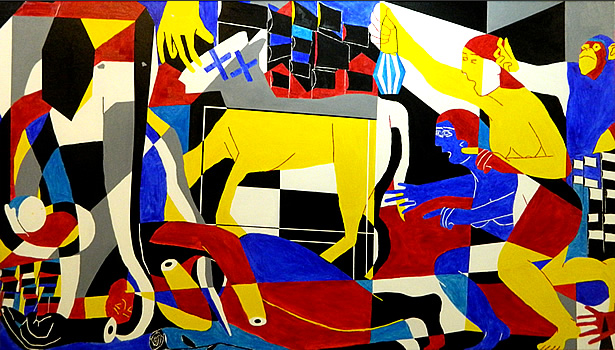 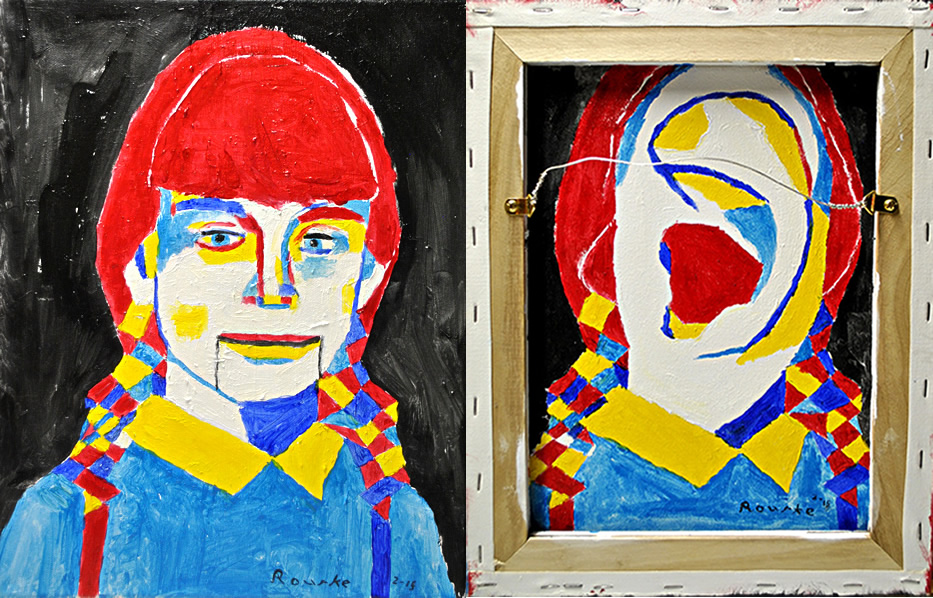 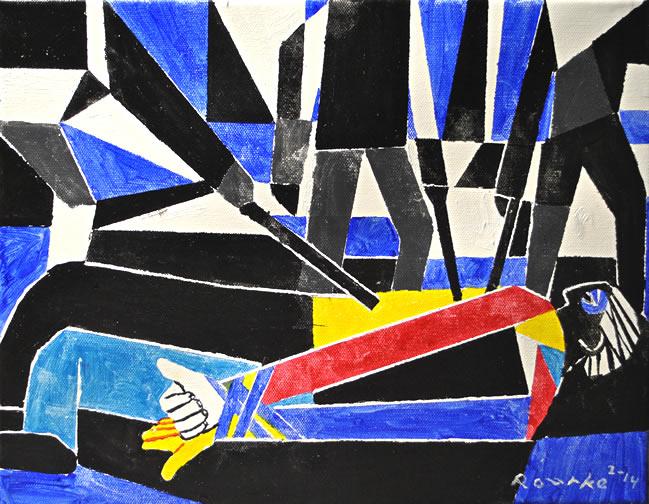 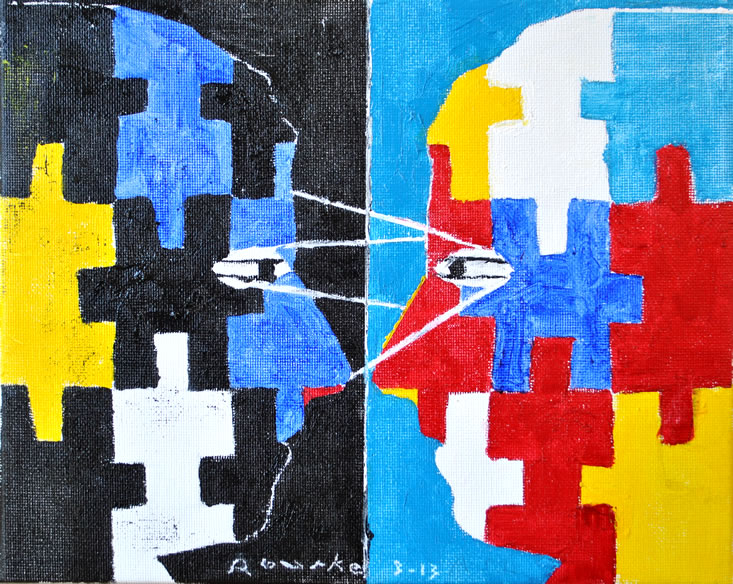 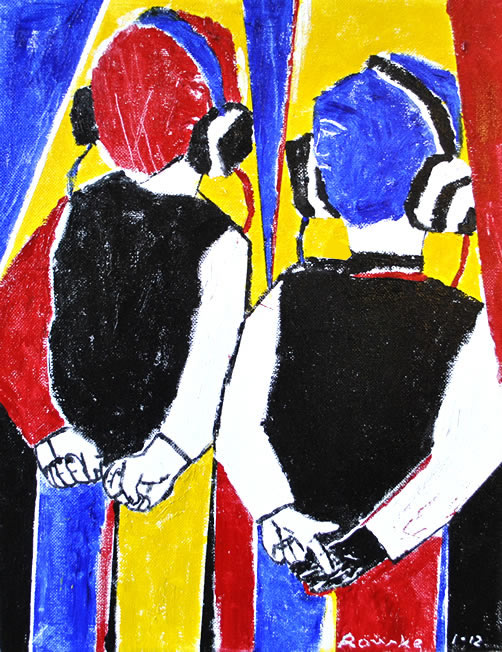 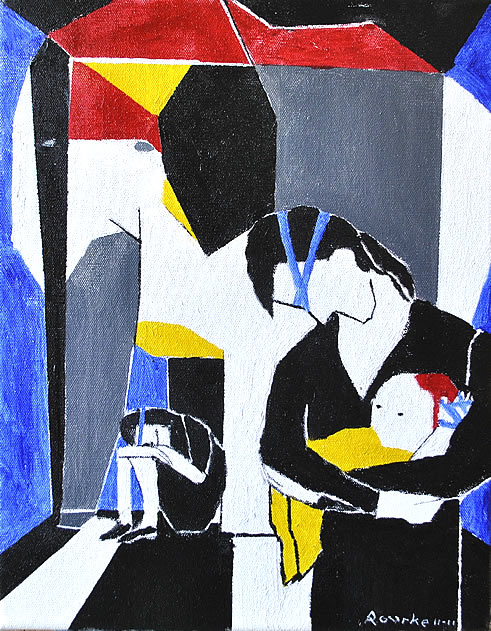 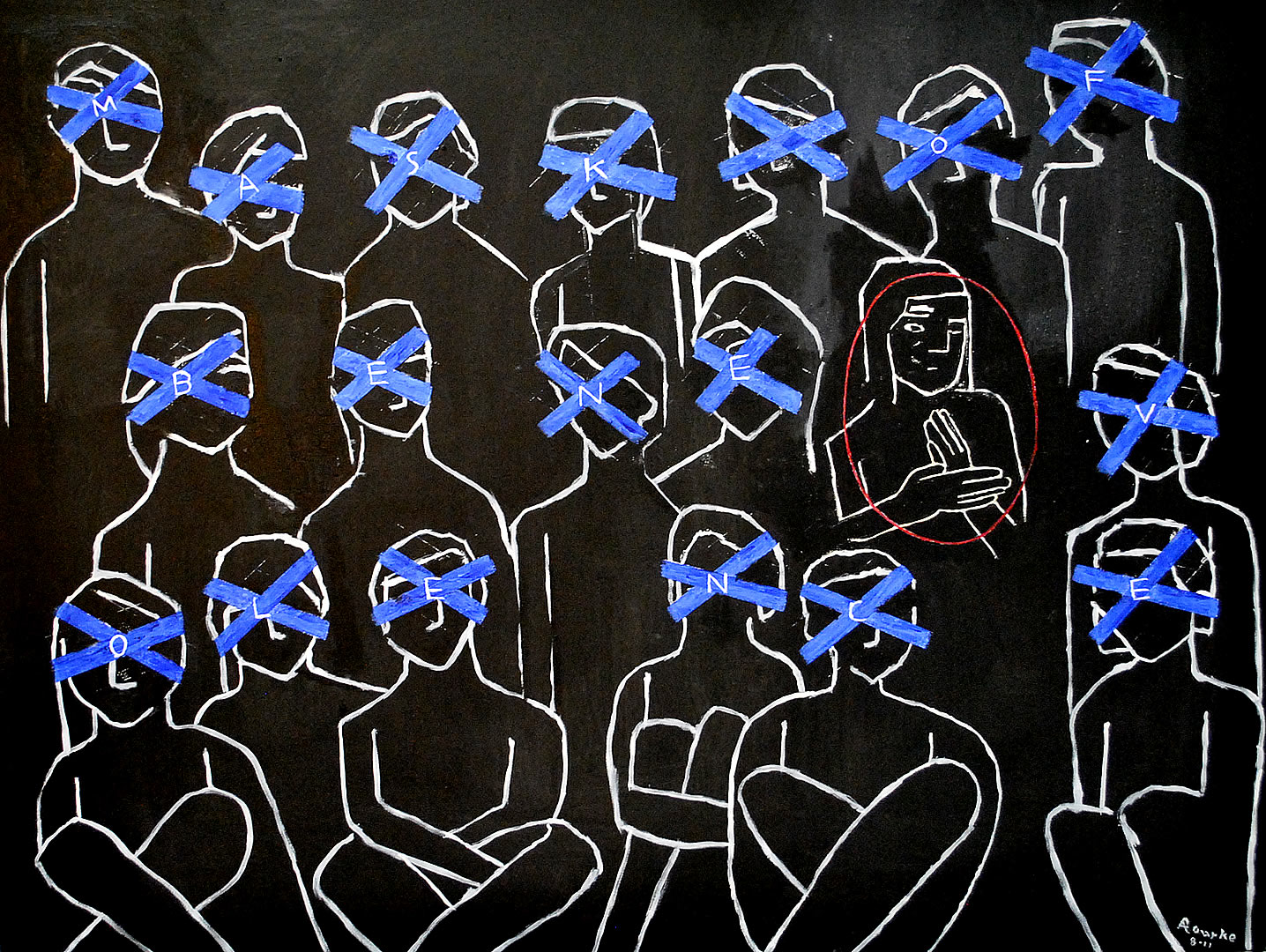 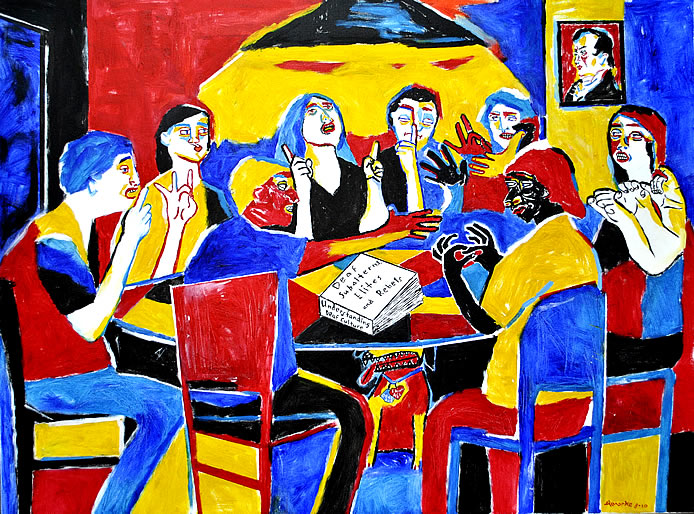 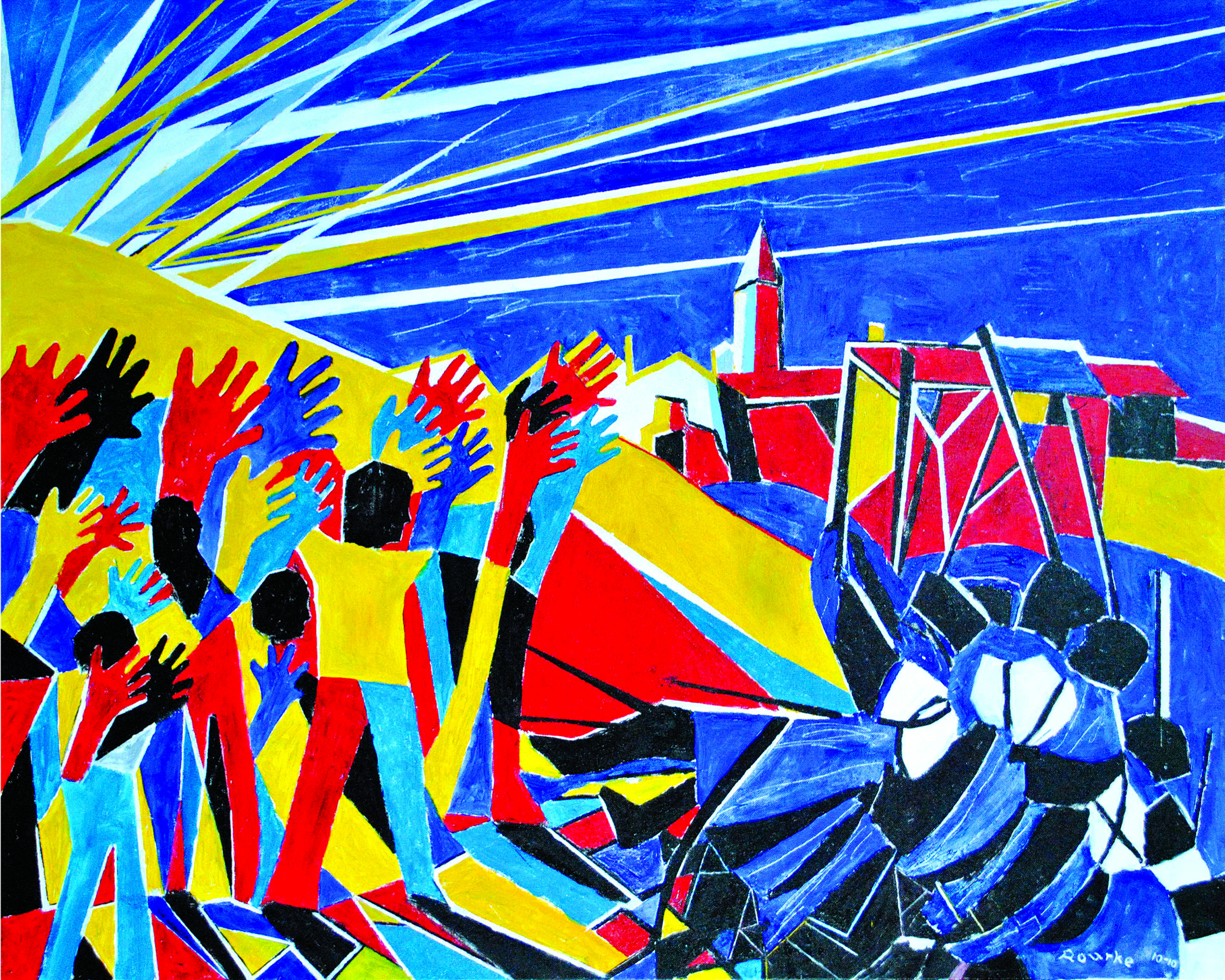 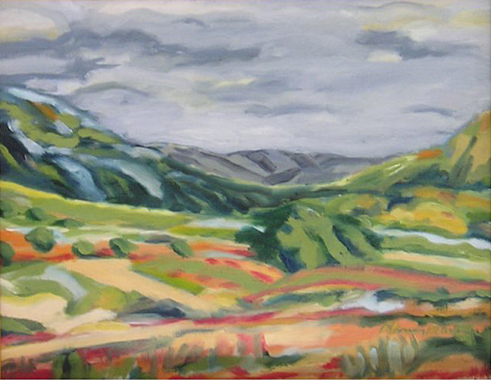 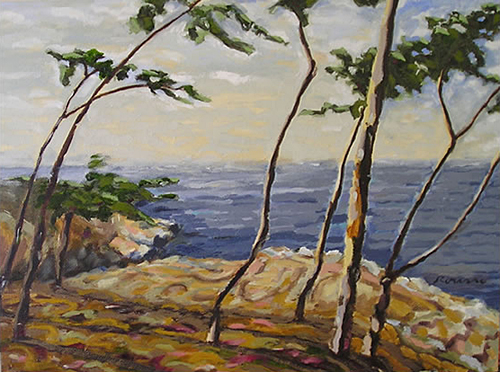 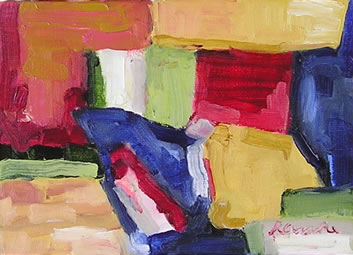 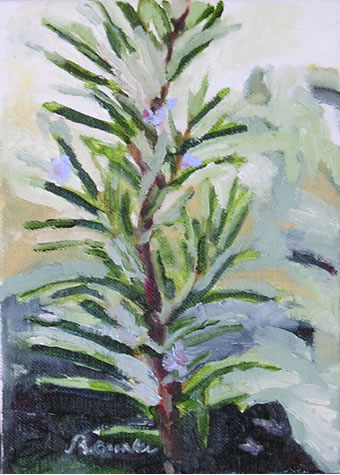 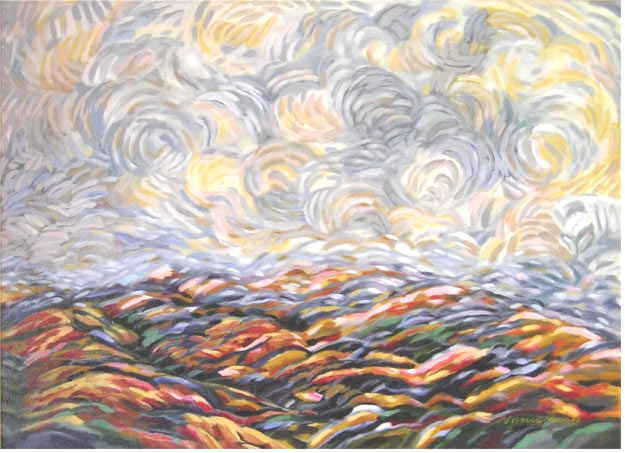 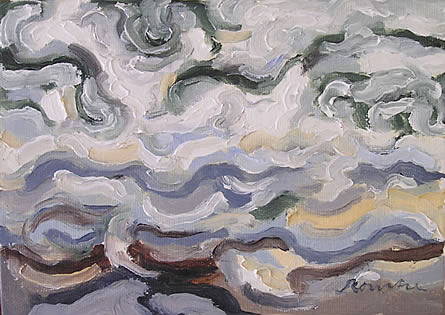 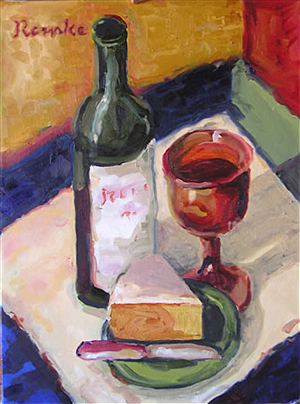 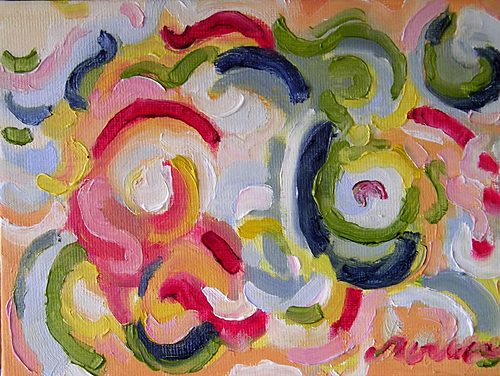 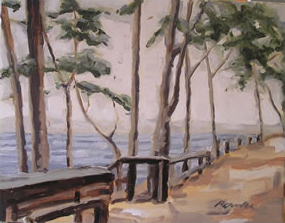 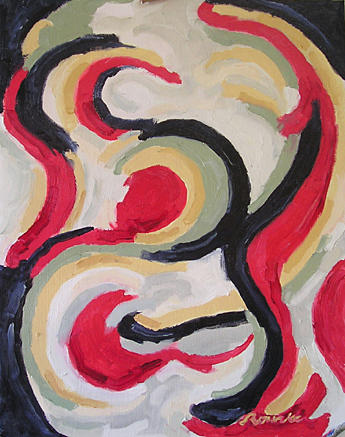 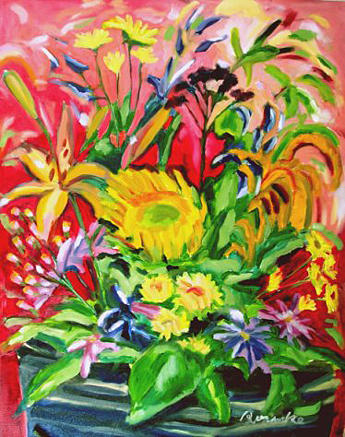 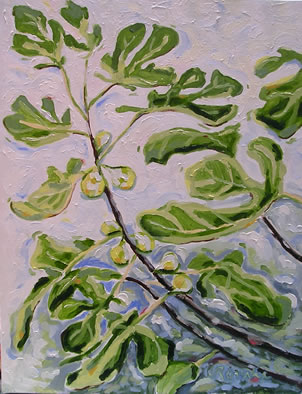