Since she was old enough to sneeze, Sue Clancy has been creative. In real life she creates whimsical paintings, books, cartoons and has a business called This Artist Studio in Norman Oklahoma.

In a nutshell it is Sue’s opinion that ordinary people are really fun and wonderful but that hypocritical people (and systems that promote injustice) aren’t ordinary, normal or good and therefore they should be pointed out and lampooned in a cartoon! Ordinary people (and animals) with boatloads of common sense should be celebrated in fine art paintings, books and of course cartoons!

The serious minded will be glad to know that Sue has a Bachelor of Fine Arts degree from the University of Oklahoma. They gave Ms. Clancy the license to practice art way back in 1992 and it only encouraged her
endeavor to record, discuss and enjoy all aspects of life through her art.

Ms. Clancy’s fine artwork has been published in a book titled Fiberworks Book Design 7. The book was edited by Susan Mowrey Kieffer and published by Lark Books. Also in 2004 she won the Zolli Page award for papermaking
from the Handweavers League of Oklahoma. In 2005 Sue was given a Neighbor award by the Norman Chamber of Commerce for her achievement in art.

Sue’s fine art and books can be seen around Oklahoma, the U.S., Wexford, Ireland, New Zealand and Canada. She also participates in a program called Art-O-Mat (www.artomat.org) which dispenses her studio’s handmade
books via vending machines primarily along the eastern U.S. coast.

Her cartoons are currently published in a book called Traffic Life edited by Stephan Wehner and published by Wandering Soliton Publications. (http://www.trafficlife.com) Sue’s cartoons are also printed regularly by the Oklahoma Gazette, occasionally in Speedhorse Magazine and a number of other publications. Recently the Syracuse Cultural Workers publishing company included one of Sue’s fine art paintings in their Women Artists’ Datebook for 2006.

Galleries such as the JRB Gallery in Oklahoma City, The Main Site Contemporary Art Gallery and Downtown Art & Frame in Norman regularly exhibit Sue’s fine art. She has participated in numerous group exhibits in locations like the City Art Museum in Washington D.C., the Whitney Museum in New York and in the Boulder Museum of Contemporary Art, Boulder Colorado. Most recently her art has been purchased for the permanent collections of the International Museum of Collage Assemblage and Construction in Morelo Mexico and The Wexford Ireland Arts Centre in Wexford Ireland.

Sue’s fine art resides in numerous private collections which include the Kennedy family in Washington D.C. 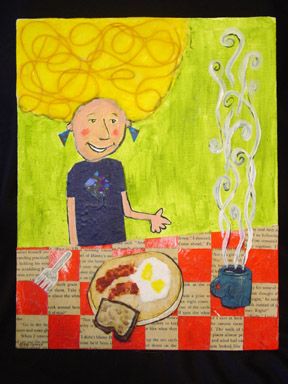 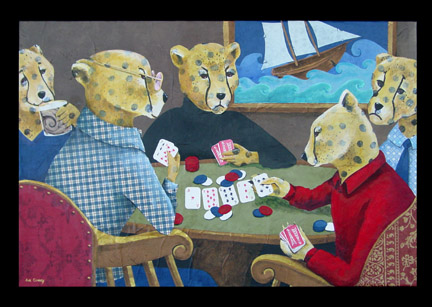 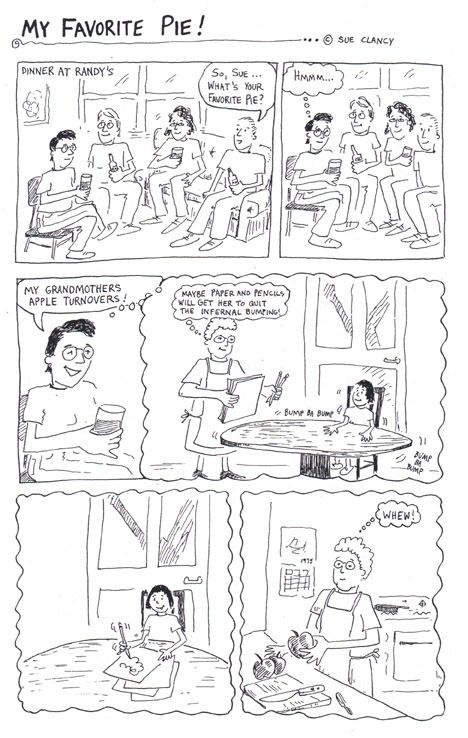 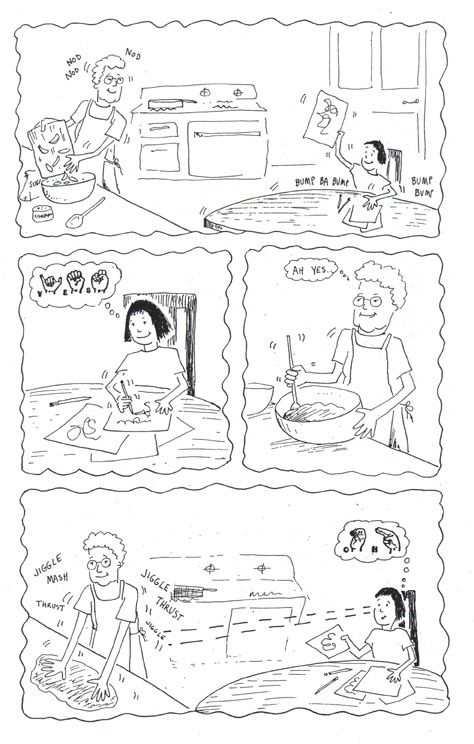 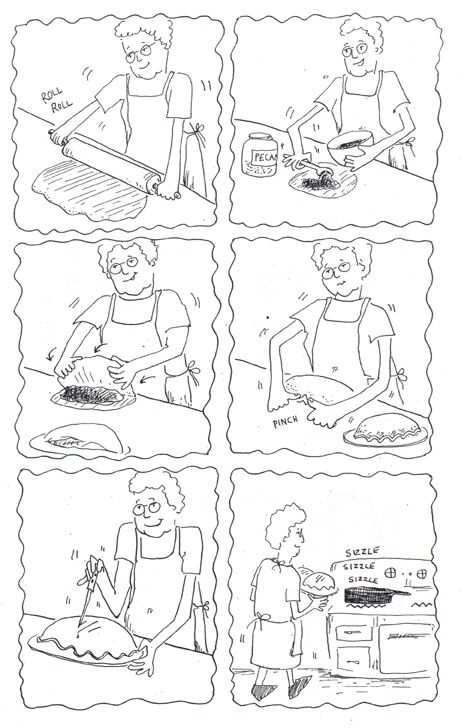 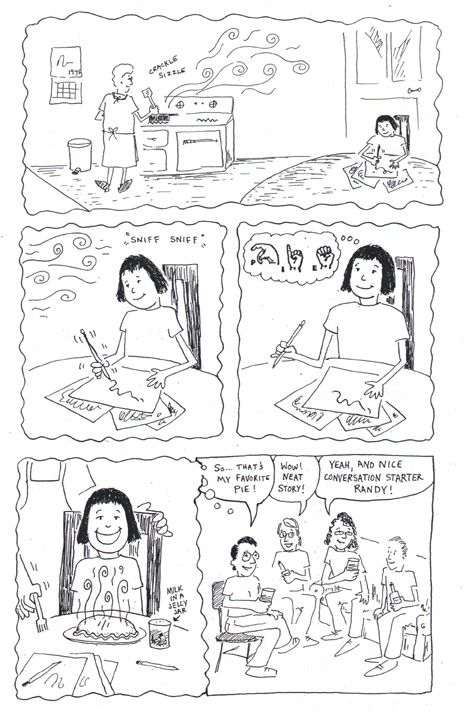 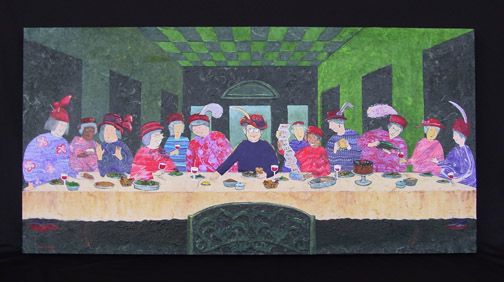 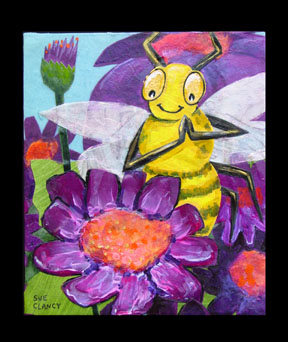 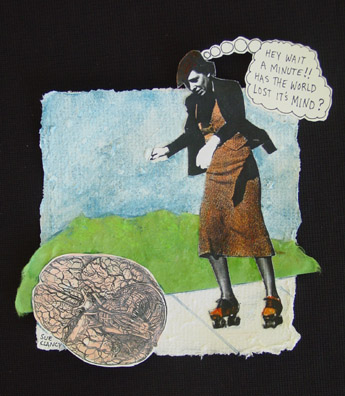 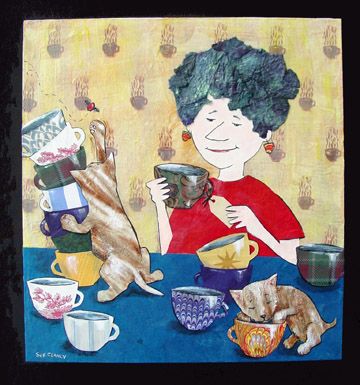 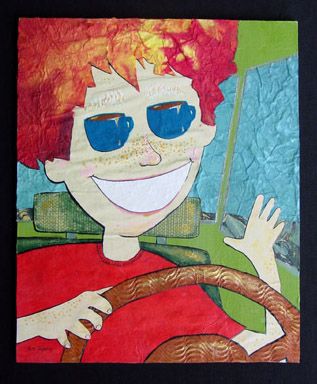 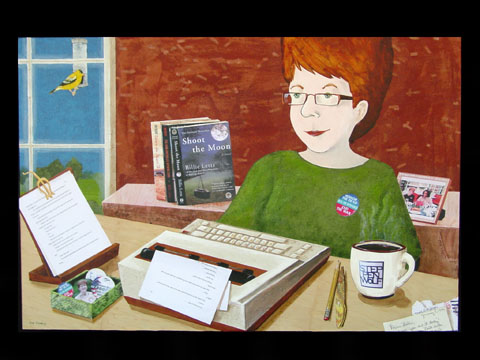 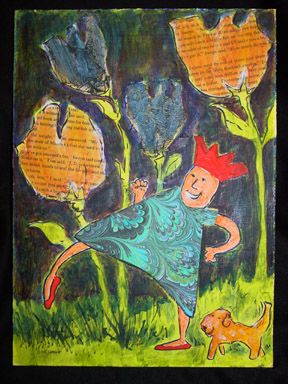 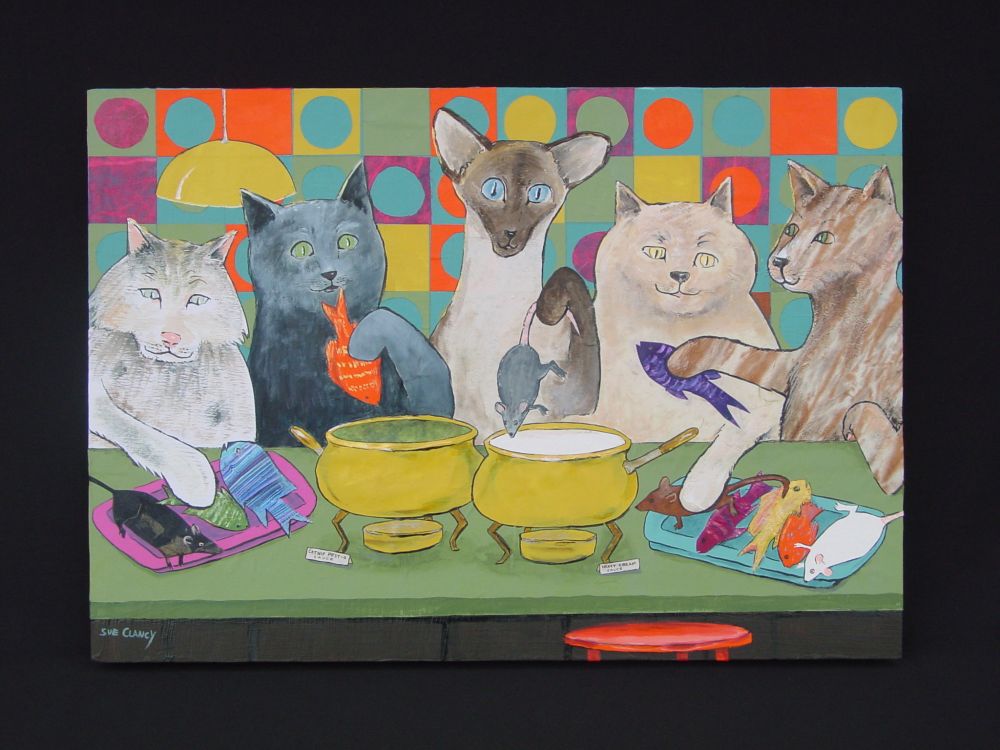