Suellen is a hearing fine artist, educator and lecturer.

“The circle is closer to me than other mythic forms. It is both a hula-hoop and a halo—eternity and a donut. Two of the paintings explore an abstracted amalgam of circular forms as diverse as polka dots, tornadoes, baskets, and ancient bronze Viking loot. I am drawn to represent my exploration of unity and the unique nature of things. The four young people in my paintings responded to the circle by signing concepts that have significance to them. I am grateful to each of them and to their teacher, Marci Wilson of Carson City Public School System in Nevada, for her assistance.”

To communicate intelligently and with consideration takes patience and understanding for all people. I enjoy noticing how we communicate both in terms of language and physical movements or gestures. American Sign Language (ASL) is a visual/manual, spatial language. English is an auditory/oral, linear language. There are common gestures used by people who speak different languages, however, these gestures often have different readings.

I have continued to develop a long-standing respect for sign language while working at Western Oregon University (WOU) which has a Regional Resource Center on Deafness. My intention in this series is to honor communication by representing some aspects of American Sign Language and the natural grace of the human gesture.

I would like to thank the people who participated in the collaborative process to form this series of nine paintings – Todd Agan, Camille Audello, Nick Barnard, Deborah Duren, Laurene Gallamore, Andrea Heidinger, Kazumi Mitsui, Cindy Moore, and Felix Oliverso.

Todd, Deborah, Laurene, Cindy and I selected nine words that we believe encapsulate aspects of the three-way conversation. Each person in the paintings presents one of the words by either using ASL or a gesture that they believe describes the word. Three groups of three “conversations” were formed; each comprised of a deaf person, a hearing person, and an interpreter.

Art works that have inspired my work on this series: a series of figure paintings that symbolically represent the Christian virtues and vices by the 14th century Italian artist, Giotto; large-scale banners I saw in India advertising contemporary Indian firms; and paintings by Mark Rothko. 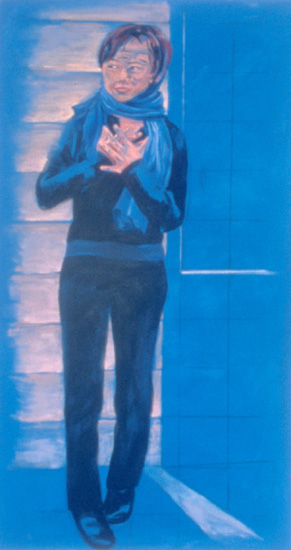 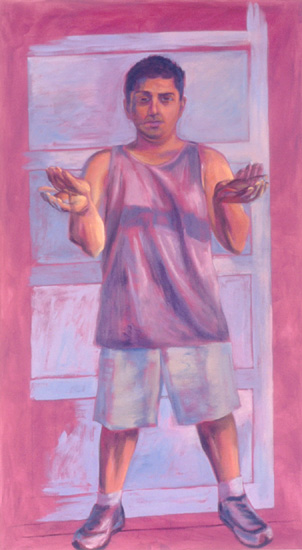 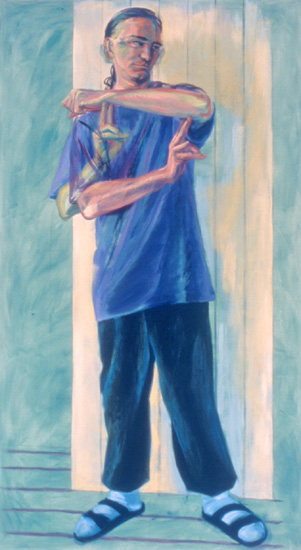 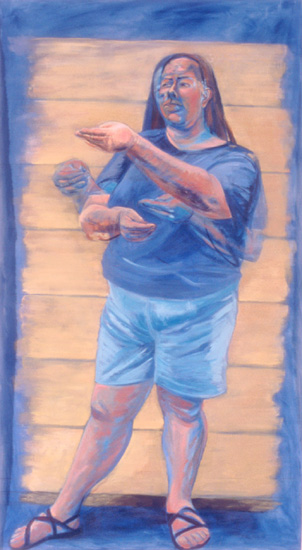 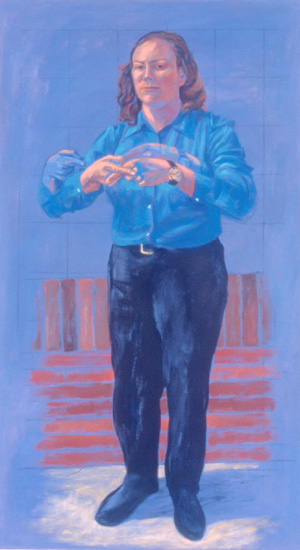 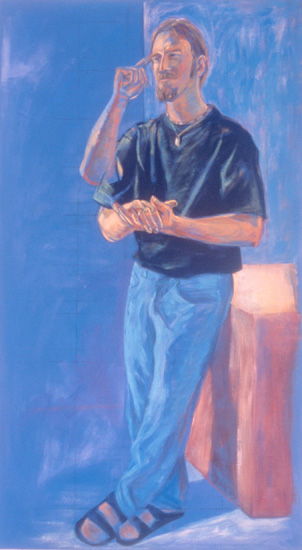 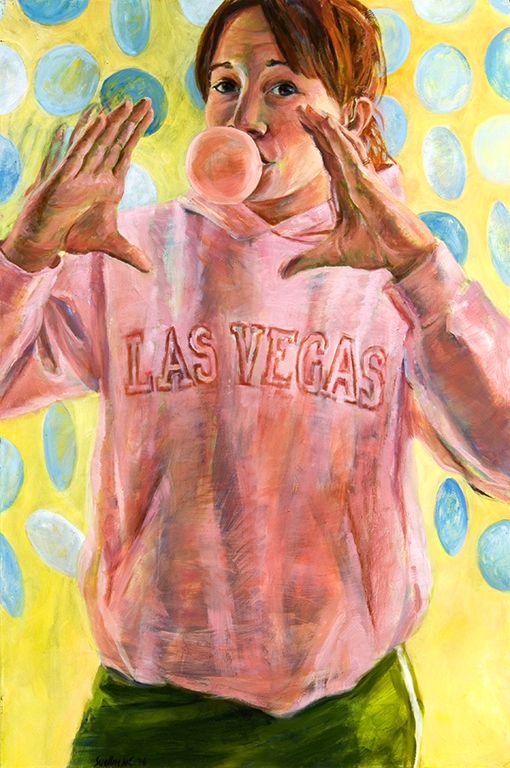 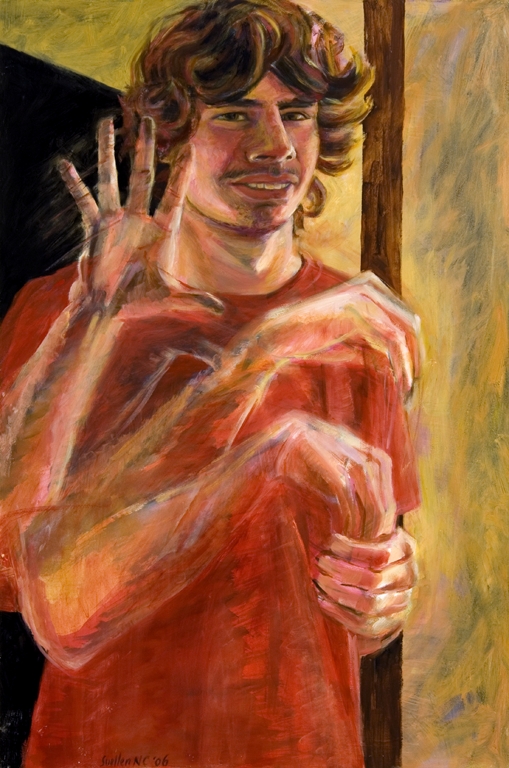 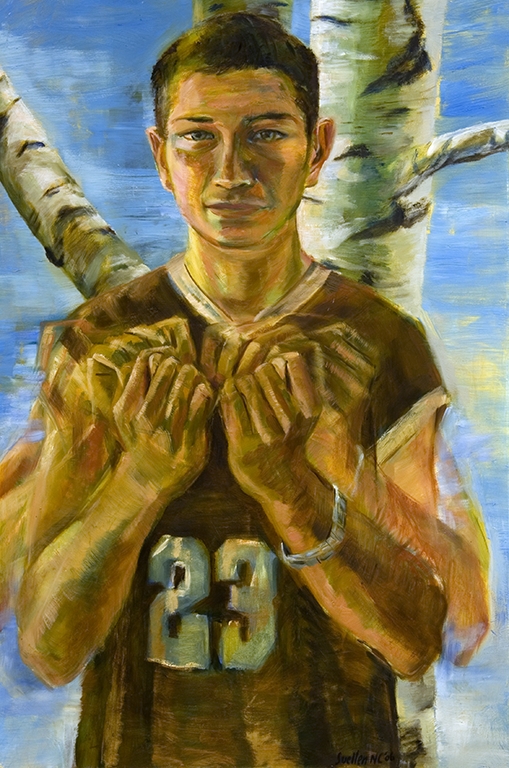 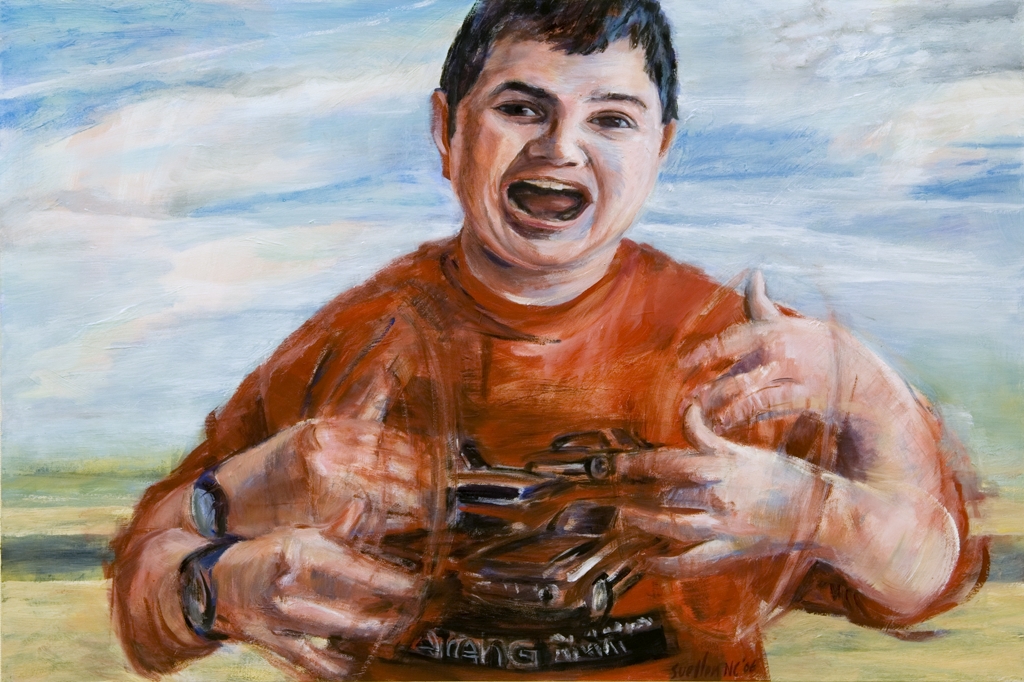 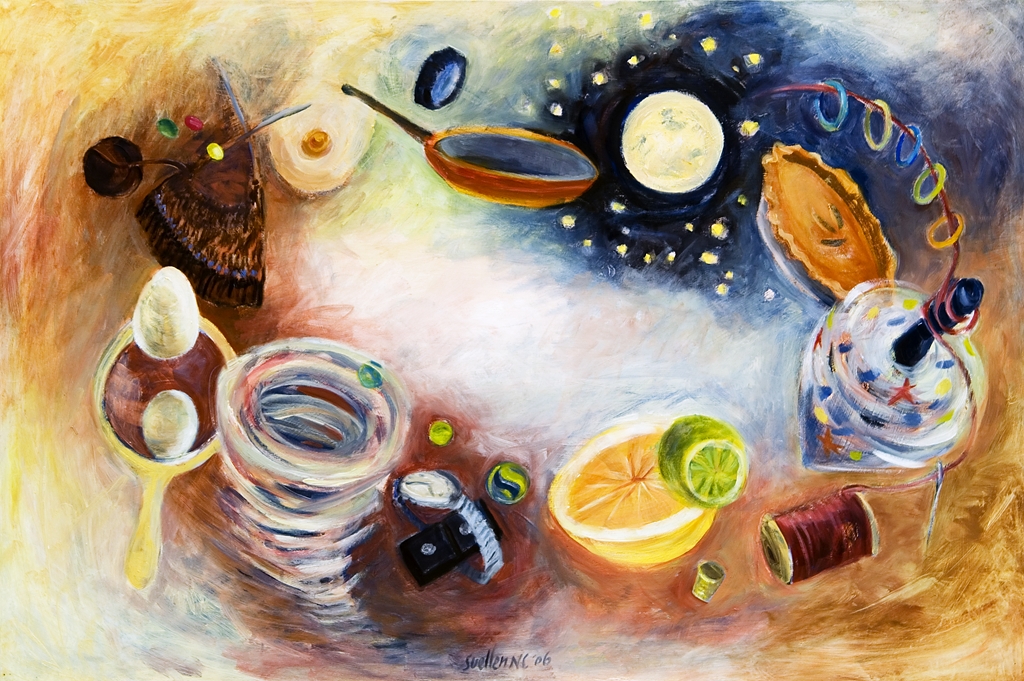 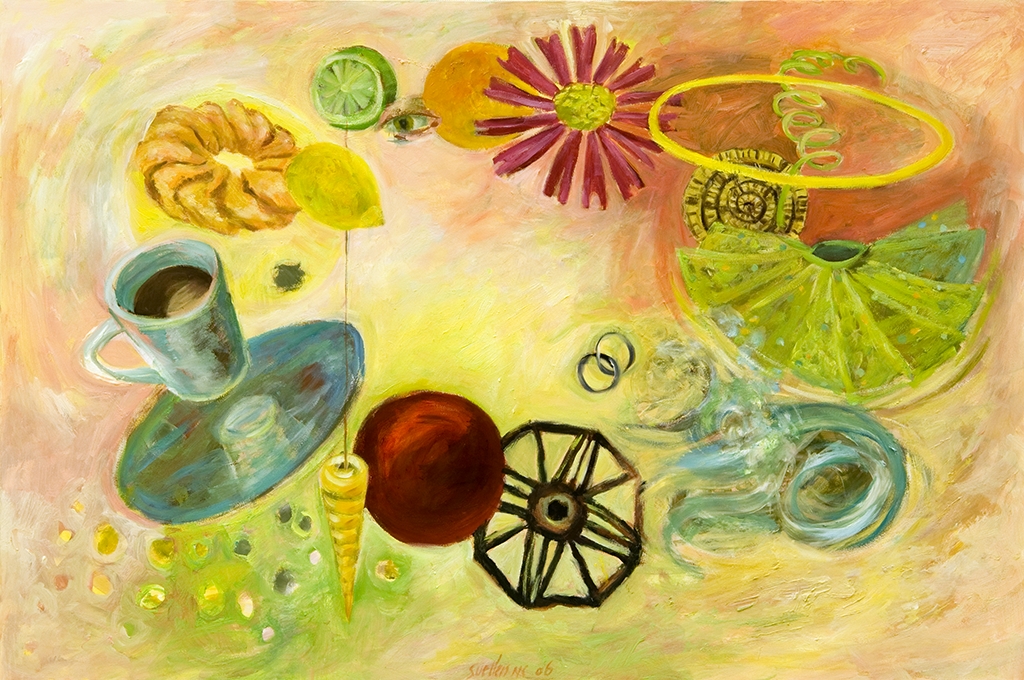 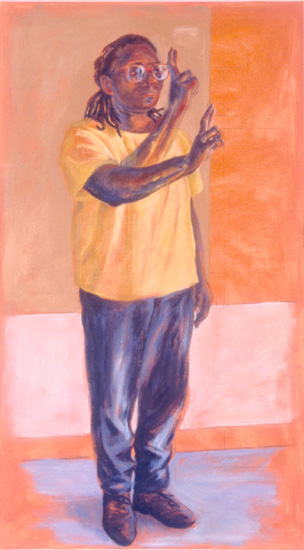 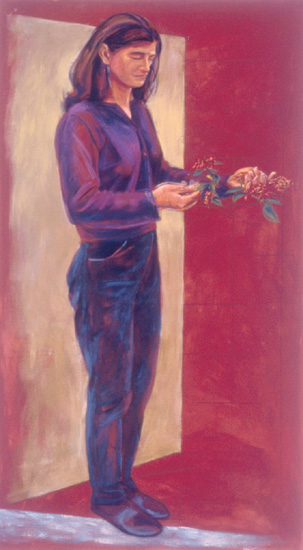