Born in Ashland filled with cultural events, especially famous for Shakespeare Festival, in the state of Oregon. Growing up being fascinating with Shakespeare banners hung at the street lights alongside the main street in the downtown, Shakespeare costumes, and Lithia Park where I fed black swans (not there anymore as of now, of course). I started drawing at age of 2, never stopping….thanks to my mom who made sure to keep paper well supplied. Then I observed my mom making clothes with her sewing machine, I tried to get involved but ended up shooed away. At least I played with fabric scraps on the floor.

A discovery of the chest box was a turning point of my life, I went through a variety of fabrics in various colors, patterns, and textures hidden there. I was deeply fascinated with them, taking few from the box and hid in my room. Yeah, I was busted. My mom gave me a toy sewing machine that you crank the wheel to get the needle moving up and down. I made a skirt in which my mom would not allow me to wear to school. It was short. Instead, I made dresses for the barbie dolls. As I grew older, I understood the concept of apparel pattern, cutting out the fabric and sew through observing my mom. I get to make my own clothes using her sewing machine after I purchased my own fabric and supplies in my early teen years. I designed and created clothes to show my personality.

Self taught how to knit straight from the book one day I was bored while living on a mini farm, around age 16. I learned the textural patterns and made a sweater, of course it did not turn out well. I did not stop there, learning math and do the calculation right, correcting and measuring during the knitting process and made a sweater in which turned a success. Then I designed sweater style and shapes that looks unique. I was famous for knitting during high school classes (I did not have interpreter and note-takers, teachers were hard to lip read/understand so I amused myself by knitting to kill the time….did not hurt my being on honor roll, thanks to reading). I won two sweater competitions and were published in national magazine. I was definite to be knitter. I still make clothes at the time. Thinking about fashion designer as a career goal but it was not my strongest motivation I have. Because I am not interested in factory sewing under a lot of pressure for exact procedure.

I attended RIT for its Weaving and Textile Design to explore some more….while taking psychology as a minor. Max Lenderman and (late) Don Bujnowski were my teachers. Even though I learned new, nothing was challenging enough for me. Whatever I touch, things became natural for me. During my senior year, Max and Don challenged me to do something different for my senior thesis, anything I have not done before in my life and not to copy anything. And Max suggested that I do quilting in which I did initially resisted up until he explained that art quilt is just emerging in the art field. They wanted me to find myself a trademark….anything that says “that’s Theresa”….

After researching and thinking, I created a set of four quilts with similar designs in different colors according to the seasons. They were measured 84 by 84 inches. The Winter quilt art was selected for a juried quilt show honoring Susan B. Anthony (anniversary) at RIT in 1995. It was wonderful experience there, in addition to meeting Jane Sassaman. Her quilt opened my eyes some more, knowing what it means…..her quilt that says “That’s Jane”. She was sweet and friendly with me, communicating with interpreter present. I did not stop thinking for ideas since then.

I continue making quilts, still searching to find my style….finding myself not really liking a repetition or anything so routinely. Easily bored myself to death. Still loves to play with color and design. Several years later, an idea appeared in my dream. Why not incorporate ASL in quilt? I thought about it, afraid it was too difficult. I let fear stopping me for a few years. The idea became so persistent, like a thorn in my brain. I decided to use deaf friend as a model for me, I took pictures and analyze her hands. I designed and create a drawing pattern. Looking at the design, thinking about a move with fabric colors, and swallowed before jumping. I was nervous, however, I relaxed as the creation progressed. I created my first ASL quilt and was amazed. It was not that hard, I kicked myself for allowing fear stopped me in the first place. In no time, I created another ASL quilt…..I was sure that I had found my style! Still continue making more ASL quilts after 18 ASL/deafness theme quilts.

I graduated with master of science degree in Rehabilitation Counseling for the Deaf from Western Oregon University, 2007, thinking I could incorporating art therapy in counseling because I find doing art do help with disability and/or mental issues that is so therapeutically.

(Note: Theresa’s last name at the time of the video interview was Coughlan – it is currently Matteson). 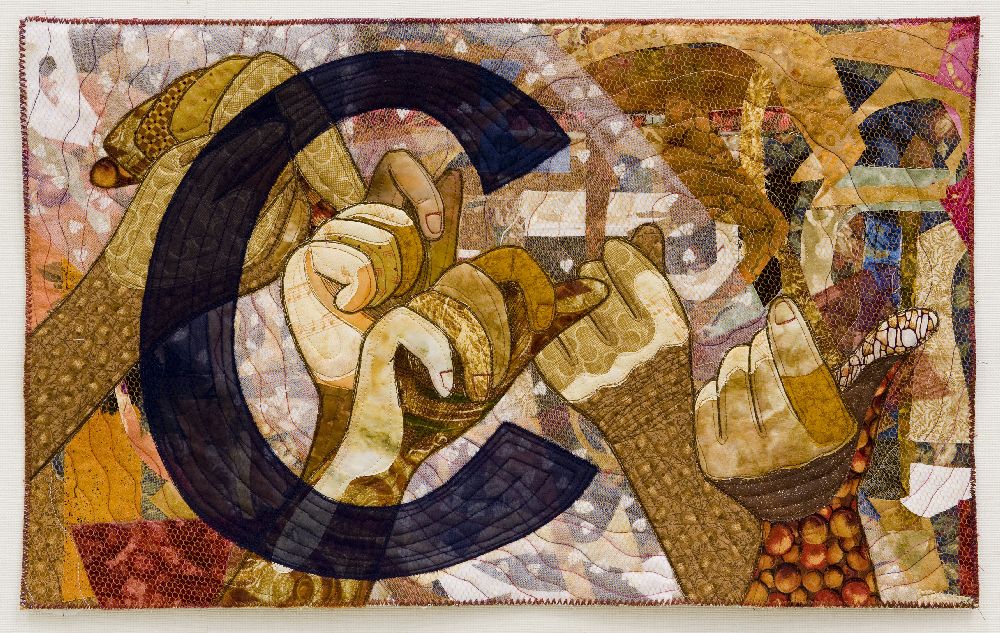 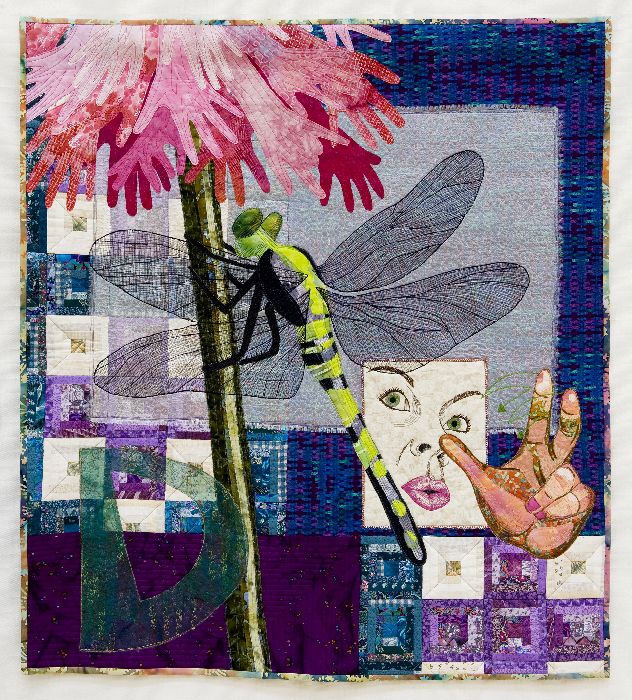 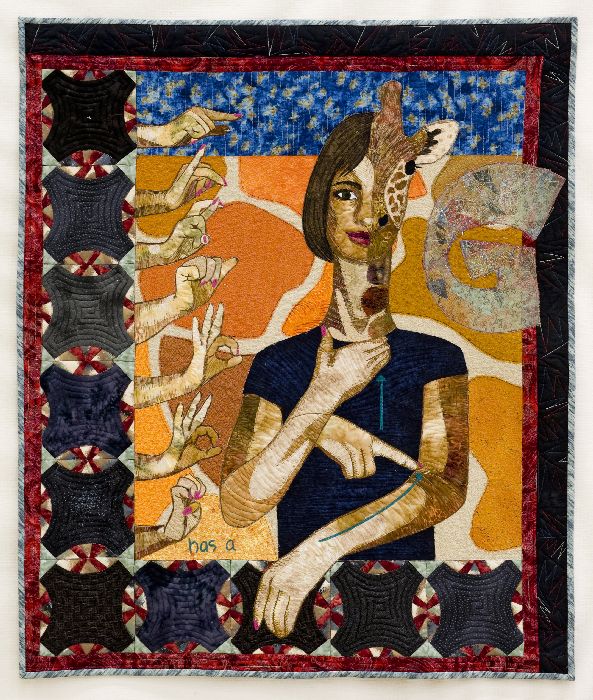 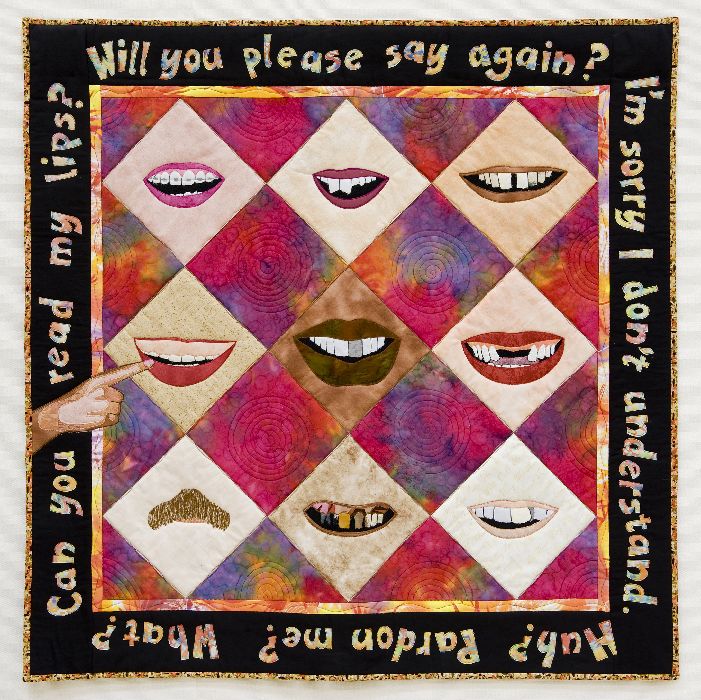 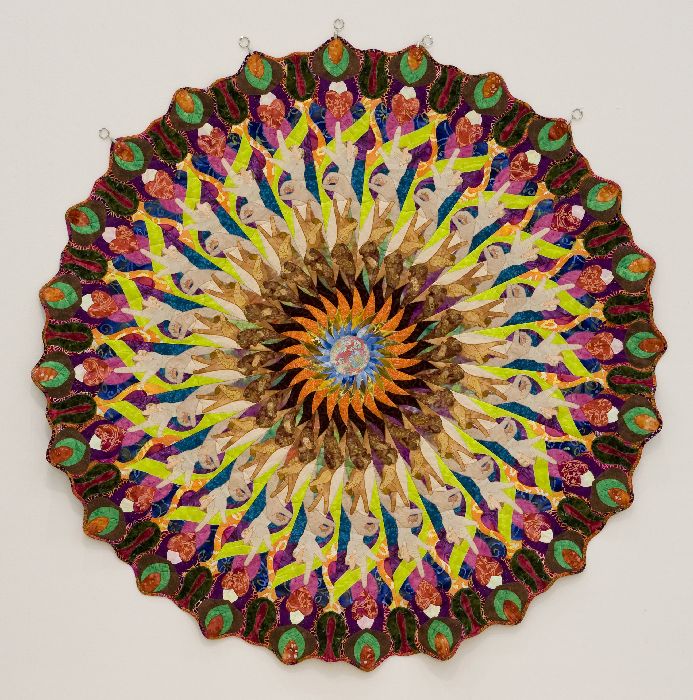 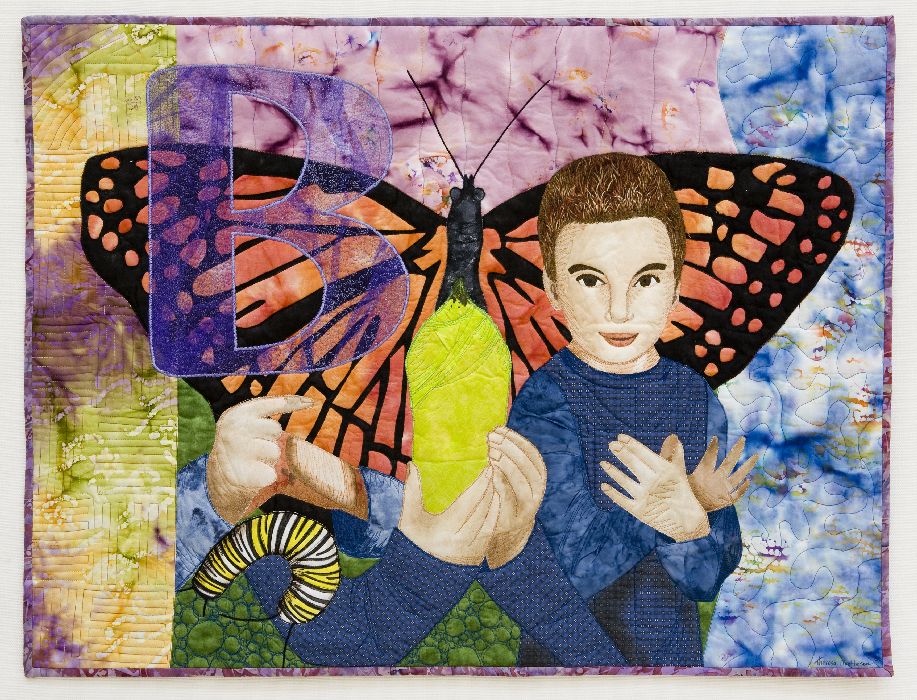 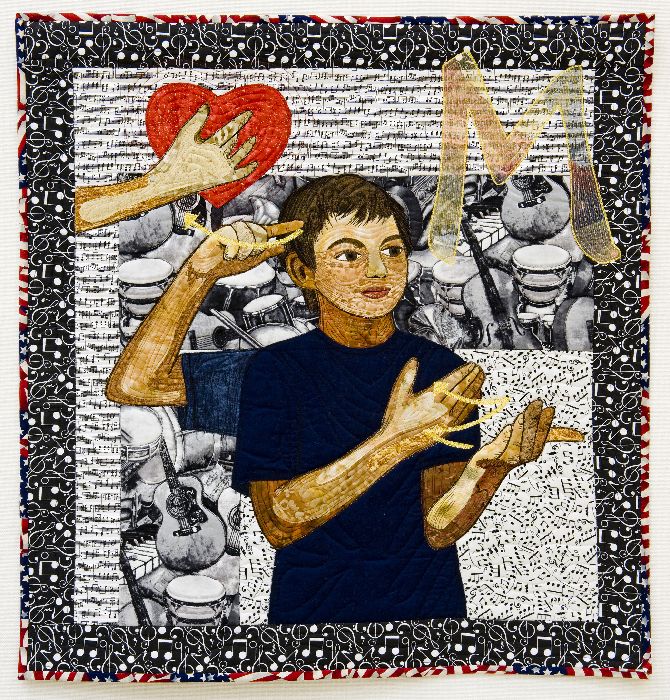 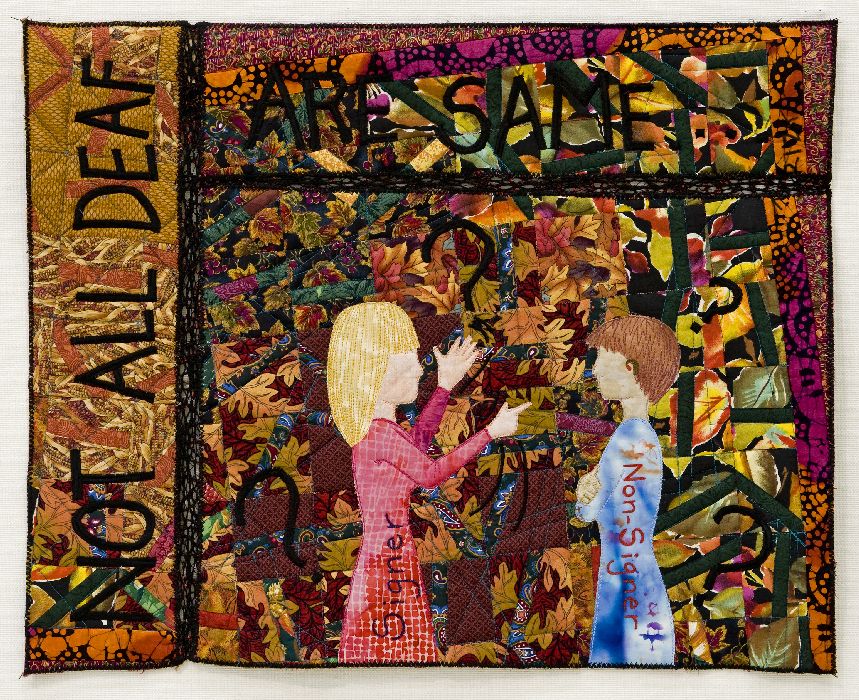 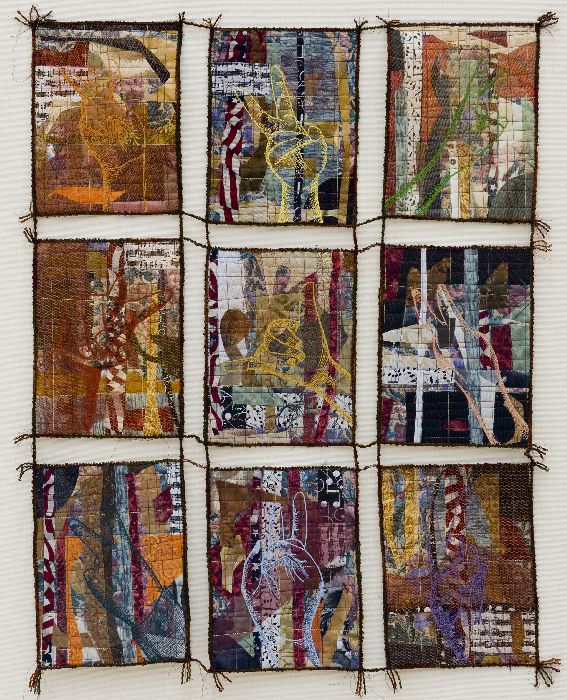 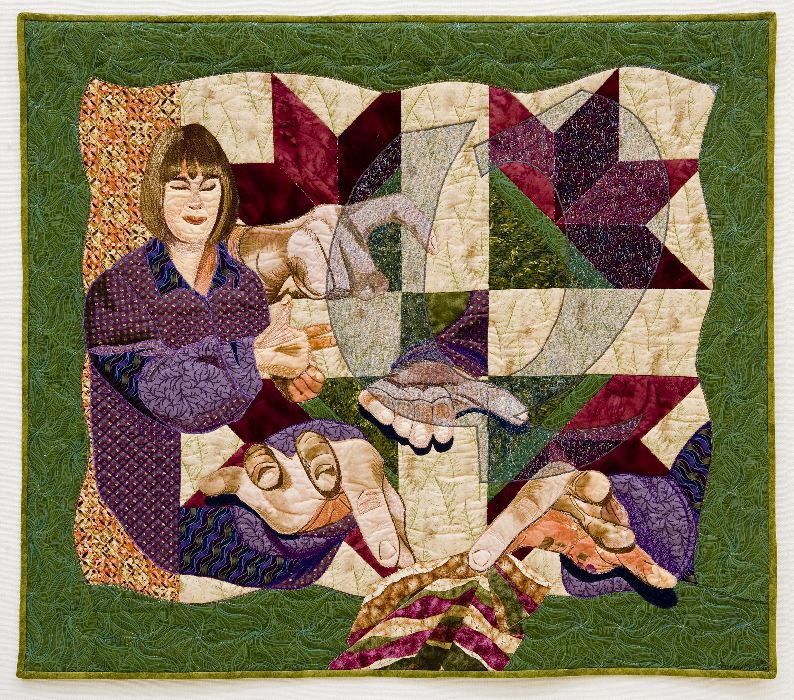 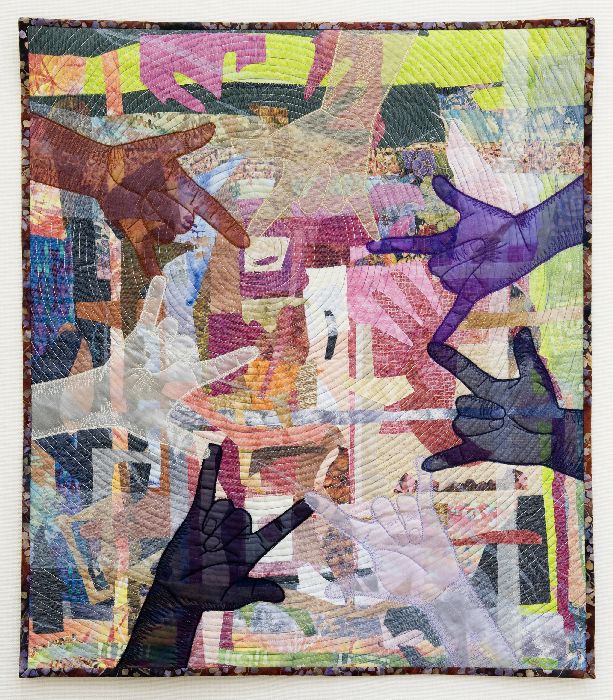 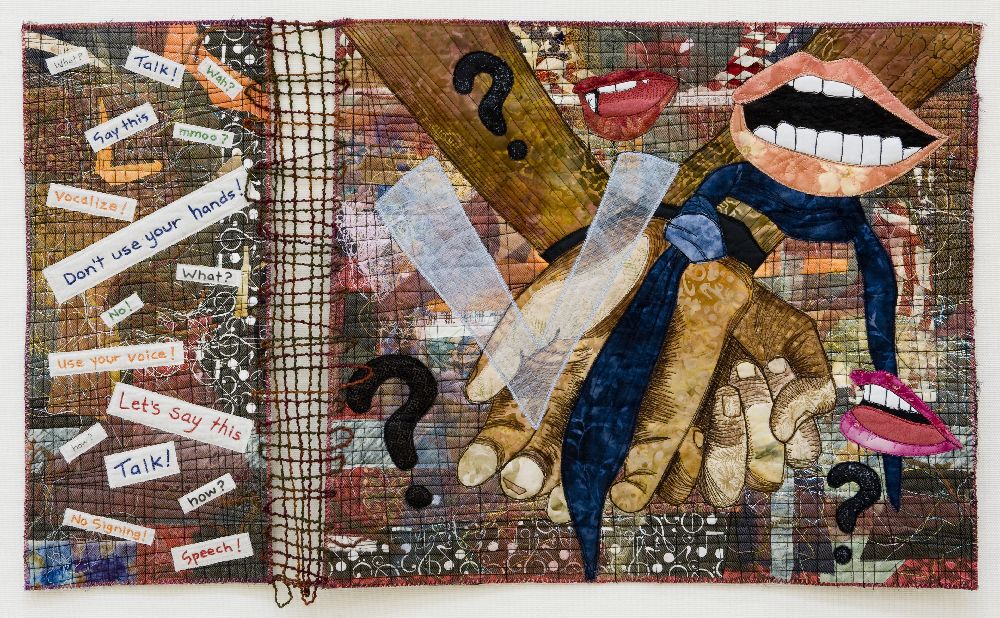 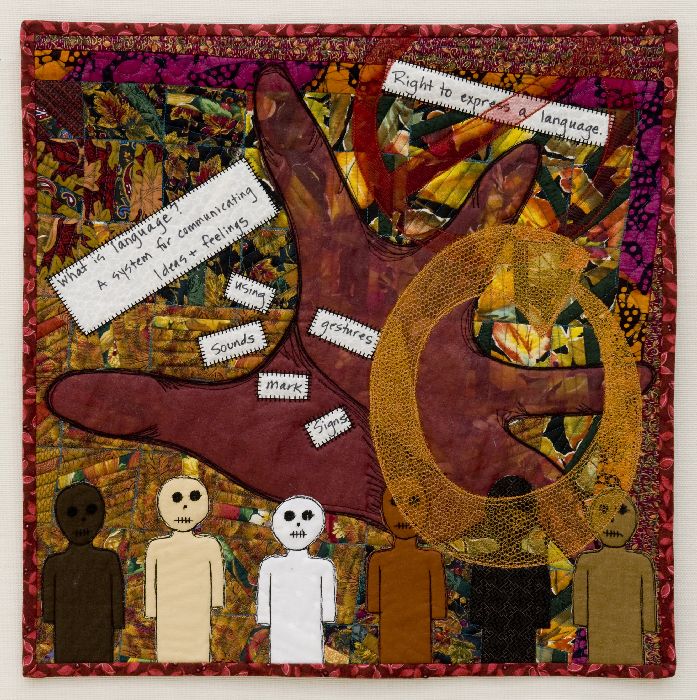